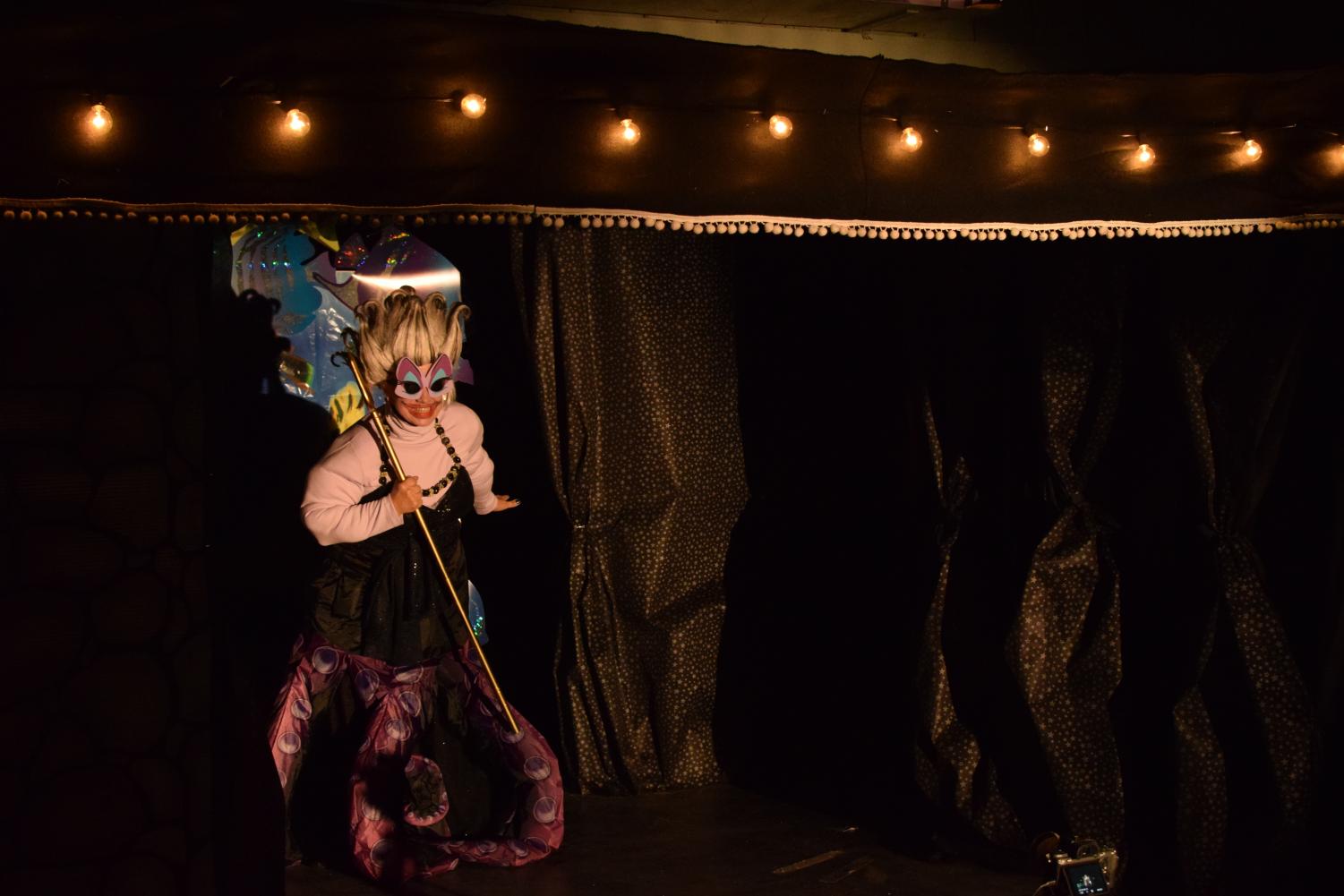 When Michelle Maceowell’s singing career ended in 1979 due to voice troubles, she felt overwhelmed with emotion.

Maceowell, who grew up in a self-described “entertainment family,” was accustomed to theatrical things, magic shows, singing and acting as a routine as a child. The former singer, who starred in “The Trial of Billy Jack,” recalled being devastated that she could no longer sing as the result of nodes on her vocal chords.

Maceowell, still invested in the showbiz lifestyle, decided to change her unfortunate fate around by creating a Halloween production in her garage in the city of Moraga in 1994. The Contra Costa County production, which re-enacts various Halloween films, utilizes the silver screen as a backdrop to the live acting of Maceowell and other event participants.

“I think we get a kick out of entertaining,” Maceowell said.

James Shumate, a 2015 SF State cinema alum has partaken in the Moraga County Halloween tradition for over 23 years. Shumate’s life intertwined with Maceowell at the age of three, when became friends with Maceowell’s daughters, Amanda and Brittany. Now an audio technician for the show, Shumate said he began participating with the production at four years old as an acting role.

“Just acting and eating candy,” Shumate said, describing the earliest memory he has of being a part of this production.

He explained that when the show first began Maceowell would do one movie and reenact a scene from that movie for kids and trick-or-treaters would sit on her front porch.

“Michelle is the mastermind,” Shumate said. “She figured out the technology and found out that I could do stuff to make it more and more complicated,” Shumate said.”So now it’s to the point where there’s like seven scenes from different movies, and it’s about seven to eight minutes long for the children in the neighborhood.”

Maceowell explained that because a majority of attendees are children, she steers away from a horror approach to the show. This year’s theme is Disney themed, which stems from her affinity for the company and films, many of which she has incorporated in shows years prior.

As an audio technician, Shumate edits all the movie clips used in the production — ranging from “E.T.,” “The Addams Family,” “Hocus Pocus,” Michael Jackson and “Star Wars” — and makes them flow into each other in different ways, depending on the narrative they are crafting that year.

Shumate’s mother, Judy, said that keeping this tradition alive and well is a fun activity that has made everyone into a family and helped foster a sense of community. She said she has enjoyed watching her son’s involvement in the show and its evolution over time.

“For me, it’s kind of like my Christmas,” she said. “It’s just such a neat fun activity, and working with the group that does it, we’re kind of like family now. So this is our big family tradition, and we love the reaction we get from the community.”

Because of COVID-19, precautions include shortening the duration of the film to avoid prolonged audience gatherings and a limit of two actors per scene. Local children will be able to watch the production from a distance in front of Maceowell’s driveway.

Past years, Shumate recalled hundreds of kids attending this production as he explained that the neighborhood the production takes place is a popular area for trick-or-treaters; This year, however, he expects a different turnout.

“We don’t expect as many kids obviously, and we’re also kind of hoping that there won’t be as many kids because it’ll make it easier to manage them,” Shumate said.

Maceowell hopes for social distancing and a good amount of children.

“[Our goal is] getting people to come out and be socially distanced and have an activity, because kids have been locked up so much,” Maceowell said. “It’d be great to have a handful of kids at a time spaced out, watch a funny little 10-minute skit and then move on their way.”