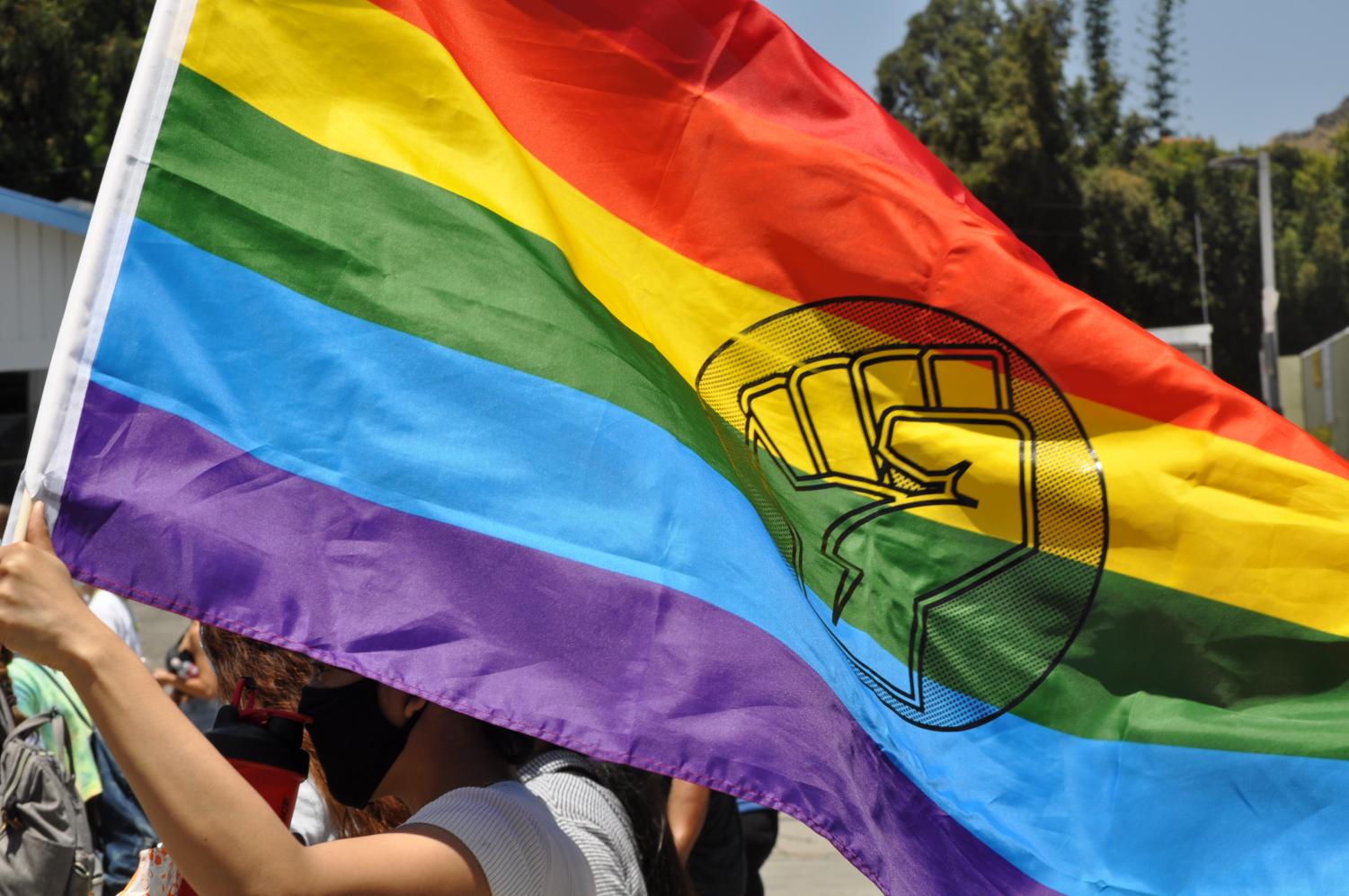 The pride flag with the ‘Black Power’ emblem is flown at the ‘All Black Lives Matter’ march in Los Angeles in June 2020. At least 30,00 people, reported by NBC Los Angeles, were in attendance. (Chris Ramirez / Golden Gate Xpress) (Chris Ramirez)

The pride flag with the ‘Black Power’ emblem is flown at the ‘All Black Lives Matter’ march in Los Angeles in June 2020. At least 30,00 people, reported by NBC Los Angeles, were in attendance. (Chris Ramirez / Golden Gate Xpress)

President Biden said this bill would top legislative priorities within his first 100 days in office, and it is now off to the Senate.

The House voted to pass the Equality Act on Thursday, making way to establish a national protection against discrimination for LGBTQ+ individuals.

The Equality Act passed in a vote of 224-206, mostly along party lines. Three Republicans voted in support of the legislation. This close call means Democrats will most likely need at least three-fifths majority, a procedure known as a vote of cloture, in the Senate to avoid being stalled by a filibuster.

Some Republican representatives who voted in support of the legislation in 2019, voted against it this week. This close call means Democrats will most likely need at least 60 votes, more than a simple majority, in the Senate to avoid being stalled by a filibuster. Gaining that much Republican support looks unpromising, according to SF State political science Professor Amanda Roberti.

“It’s not likely to pass unless they can really wrangle some Republican supporters,” Roberti said. “Which I doubt they would get – they need quite a few.”

Despite the bill’s uncertain future in the Senate, the win in the House still is still an important victory for LGBTQ+ individuals and advocates. Currently, less than half of states in the nation explicitly bar discrimination toward queer and trans individuals in workplace, housing, or public accommodations.

The Equality Act is a bill that would ban discrimination against people based on sexual orientation and gender. It is an amendment to The Civil Rights Act of 1964; amendments are when changes are made and additional laws are added to older legislation to better serve the people on a national level.

“The federal government is acknowledging quite literally the equality of queer trans people,” Livie said. “And, acknowledging their existence to have rights in a way that hasn’t happened before at a federal level.”

This where a lot of strong pushback comes from Republicans. They say that the Equality Act infringes on their religious beliefs as well as the rights of women.

Rep. Al Green, of Texas, delivered a speech addressing Republicans’ use of religion on the House floor.

“Have you no shame,” Green said. “God created every person in this room. Are you saying that God made a mistake? This is not about God, it’s about men who choose to discriminate against other people because they have the power to do so.”

This is something the Equality Act works to address.

The Religious Freedom Restoration Act, passed in 1993, set a higher bar for the government to defend laws if people argued those laws infringed upon religious freedom.

For now, this is still an obstacle for the passing of the act, along with the looming threat of a filibuster.

According to the United States Senate database, it took a coalition of 27 Republicans and 44 Democrats to end the filibuster when the Senate voted 71-29 for cloture, limiting further debate and allowing a vote. It then passed shortly after.

This marked the first time in its history that the Senate voted to end debate on a civil rights bill.