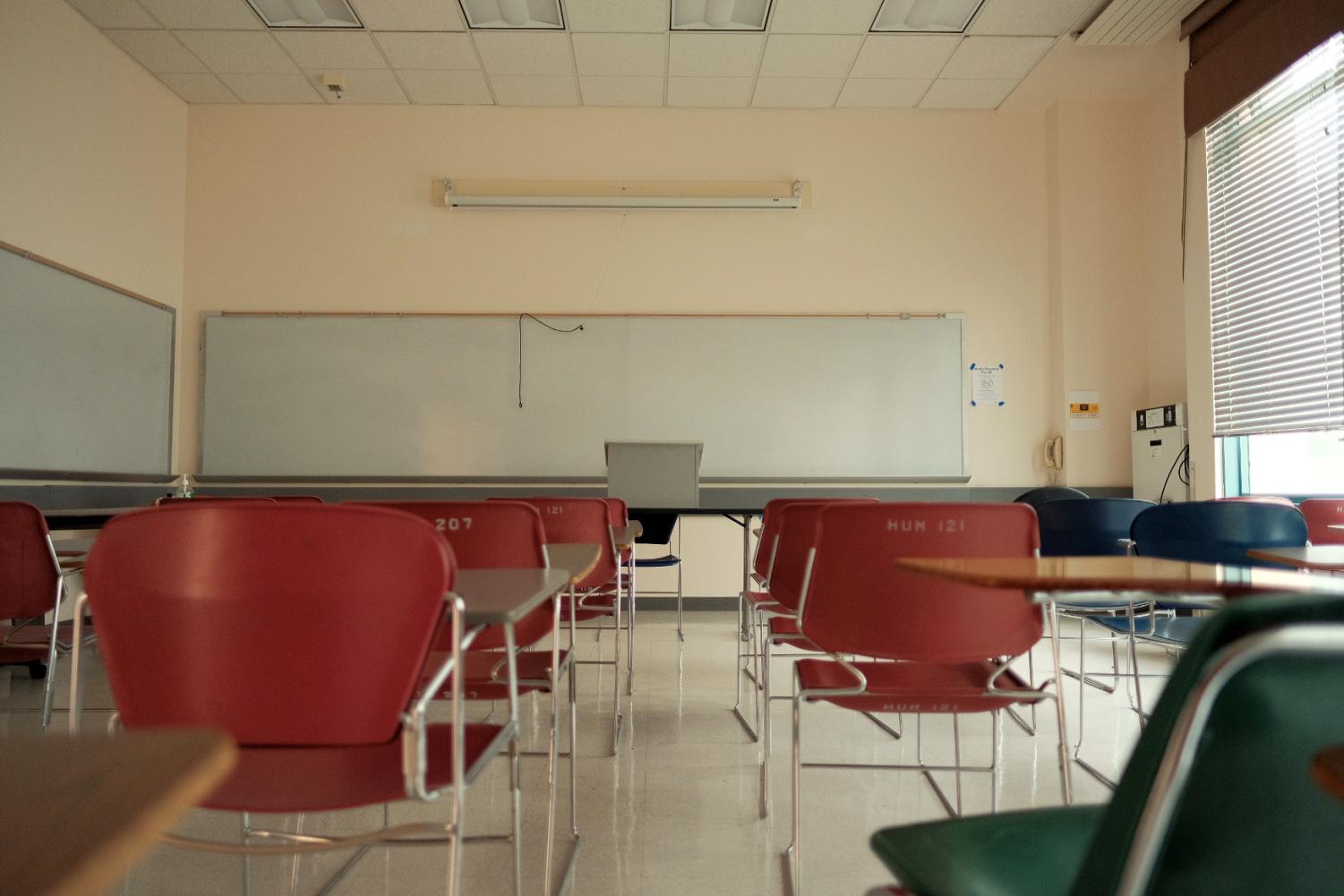 A photo of an empty classroom in the Humanities Building at SF State on Sept. 9, 2021. (Cameron Lee / Golden Gate Xpress) (Cameron Lee)

A photo of an empty classroom in the Humanities Building at SF State on Sept. 9, 2021. (Cameron Lee / Golden Gate Xpress)

SF State is operating at a $5 million budget deficit due to dropping enrollment and currently has $1 million in reserve funding, according to administrators at the University Budget Committee.

This deficit can potentially impact the operations of academic services such as supplemental instruction, hiring and other essential functions of the university. Academic Affairs accounts for 68% of the university budget.

According to data published by the California State University enrollment dashboard, the number of full-time students at SF State has dropped over the last five years from 24,888 in 2017 to 22,121 at the start of the current year.

SF State Provost Jennifer Summit said that between last year and this year, a drop in enrollment at SF State has led to a loss of roughly $11 million in tuition revenue.

This drop in enrollment also led to less funding from student fees and state allocations, which have impacted the annual budget at SF State and at various other CSU campuses, according to SF State Vice President and Chief Financial Officer of Administration and Finance, Jeff Wilson.

In an email, Summit said, “The primary issue was that we weren’t fully accounting for our instructional costs … within our general fund budget, and so we were using one-time funds in order to cover the difference.” She added that this was true especially in the cost of lecturer faculty salaries.

Summit said that using these funds had been a long-standing practice, however those funds have now been exhausted leaving roughly $1 million in reserves, “so we’re now facing the challenge of accounting for our full instructional costs within the general fund.”

Staff, tenure track faculty and management personnel salaries account for 90% of the academic affairs budget, according to Summit. One way the university is trying to save money is by strategically not replacing people who leave in those areas. This, Summit said, is not the same as layoffs rather it is a decision to not hire for selected positions when a person leaves for whatever reason.

View: A Breakdown of SF State Budget plan. SF State is operating at a $5 million deficit with only $1 million in reserves, due in part to dropping enrollment.

Although the budget issue has not immediately resulted in the slashing of any services, faculty raised concerns at the budget meeting that the gap might impede access to student services and other resources such as supplemental instruction and tutoring.

“When it comes to student direct student support, we’re drawing from a number of different funds, but many of those are one time they come from, for example, lottery funds,” Summit said at a Nov.12 budget committee meeting. Lottery funds are revenue sources generated by the California State Lottery and distributed to various campuses.

According to the SF State Budget Administration and operations website, “All funds allocated must be used exclusively for the education of pupils and students, in accordance with the general guidelines for in Chapter 13 of the CSU Legal Accounting and Reporting Manual.”

Summit said that the situation is not as bad as last year when it was predicted that the budget would be overrun by $10 million.

The gap, she said, is in part due to the drop in enrollment not just at SF State but across the California State University system.

“A decrease in enrollment reduces tuition dollars that go to support campus programs,” said CSU Public Affairs Manager, Hazel Kelly. “If enrollment drops at a campus that still has enrollments that meet or exceed the full-time equivalent student (FTES) support from the state general fund, the impact on its budget may be negligible.”

However, Kelly added that the enrollment impact on the budget varies by CSU campus and that  budgets are supported by student tuition and fees, as well general funds from the state.

The plan moving forward, Summit said, is to find ways to avoid spending money such as with new staff hiring.

“We got all of the requests from across the division. And we’re looking at how many can we fill, while also holding off enough that we’ll be able to apply toward reducing our overall spending by $5 million,” Summit said. “We can solve it with nips and tucks rather than with a sort of bludgeon.”

Summit said the way the university is doing so is by focusing on strategic enrollment to bring in more students, selectively not replacing faculty and employees who leave and by eliminating some areas of carry forward.

“We need to do this strategically in a way that prioritizes student success and course availability, and also supports enrollment because it’s going to be important for all of us to rebuild enrollment so that we can thrive in the future,” Summit said. 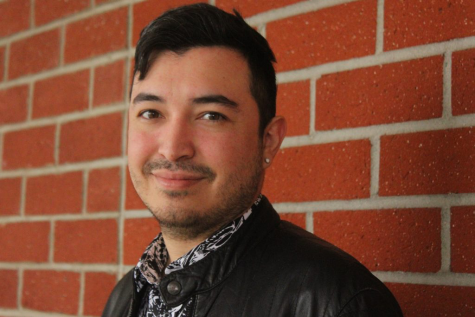 Albert Serna Jr. is a queer Chicano journalist from the San Gabriel Valley outside of Los Angeles. He is a senior print/online major and has been reporting...