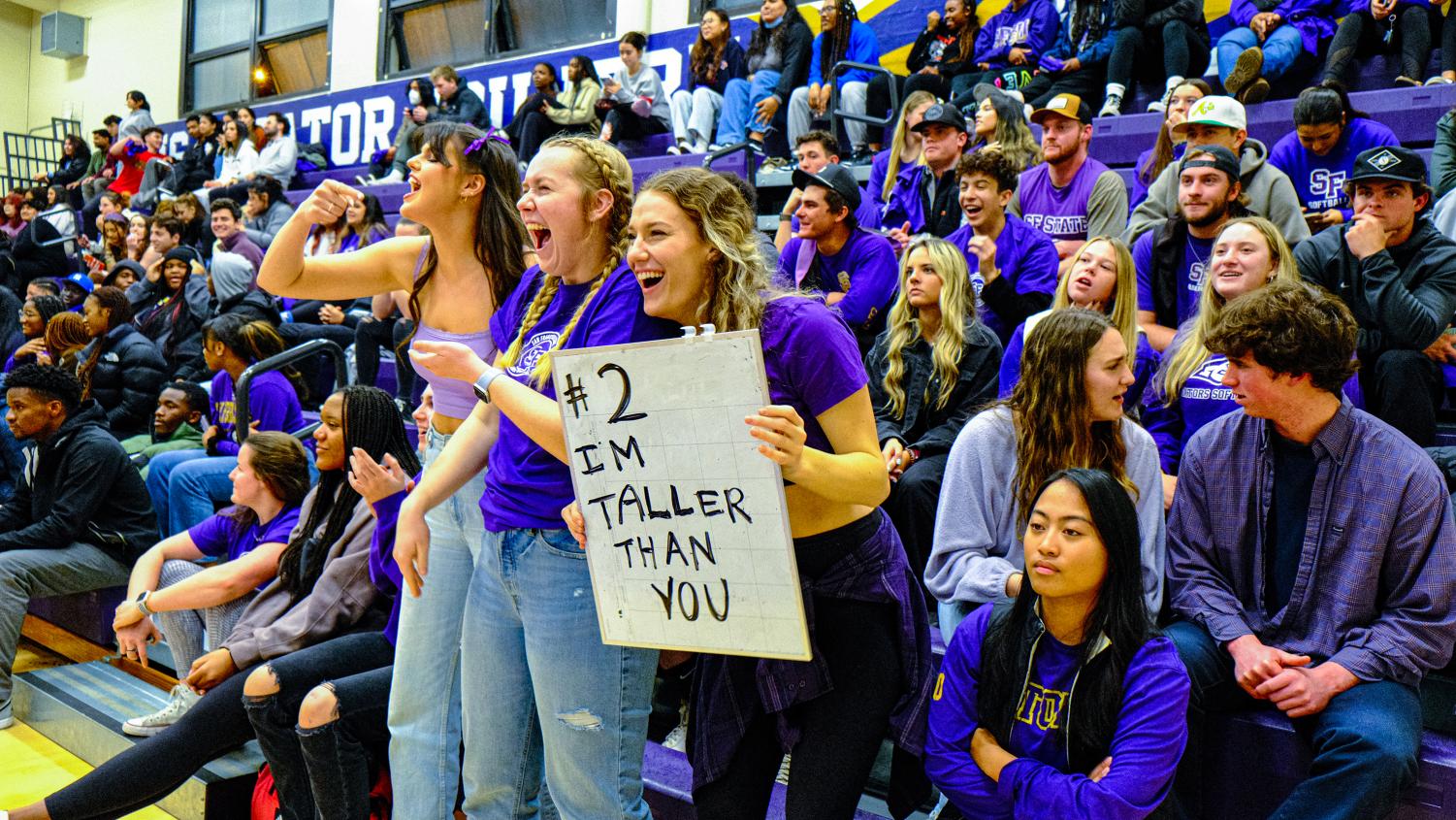 How did the five teams that completed their seasons fare in their first full semester back?

This semester marked the first time since March 2020 that SF State athletics were able to play a schedule much like those before the pandemic.

“We’re proud to be back in full swing this season and have fans back in the stands,” SF State Associate Athletic Director Brandon Davis wrote in an email to Xpress. “Now we look forward to watching the progress of our three winter teams, and spring will be here before you know it.”

The women’s volleyball team had its fourth straight winning season. They followed up a 22-5 season in 2021 with a 14-11 finish this year. 11 of the 15 girls on the roster were underclassmen this season and will continue to grow as players at SF State. The Gators play in one of the toughest volleyball conferences in volleyball, as three of the teams are ranked nationally in the top 25.

Despite losing a tie-breaker for the final spot in the tournament, head coach Matt Hoffman was pleased with the team’s performance this year and is optimistic about the future.

“We went through a lot of big games, close games and gained a lot of experience from that,” Hoffman said. “We got all the experience that I wanted to get out of this year. I just want us playing against as many tough teams as possible. I’d rather be playing in tough matches with great competition than playing in a conference where it’s not as competitive.”

It was the first time since 2012 that two Gators had earned major awards for volleyball. Brianna DeBoer and Alhana Velasquez were honorable mentions for the All-Conference team. In addition, the DeBoer sisters and Velasquez earned spots on the Academic All-District team along with Chloe Henning.

The men’s soccer team finished with a 4-7-6 record. The team had a program record six ties as their season came down to several close games and tough competition. They also faced three conference opponents who were ranked top 25 nationally.

Gustavo Ferrari and Julio Gonzalez Ponce were listed as honorable mentions for the CCAA All-Conference team. Andres Alfaro and Justin Wolfe made the Academic All-District team.

“But both soccer teams combined for eight student-athletes named to the CSC Academic All-District Teams.”

The men’s and women’s basketball teams are both 4-5 after starting the season 4-2. They will be playing until March if they make it to the playoffs.

Vince Inglima, head coach of the men’s basketball team, believes the team has gotten away from some key elements but is happy with the development of some of the freshmen.

“We’ve grown a lot and learned a lot,” Inglima said. We know the path we need to take, so that’s the goal of the early season. We’ve got to execute on our game plan and our style of play and hopefully the results will start going our way.”

The men’s wrestling team is currently 3-4 on the season. Assistant coach Anthony Mancini is impressed and proud of the way the team has started the season after a brutal 1-9 campaign in 2021.

“Our guys really dedicated themselves, made some great improvements in their overall lifestyle and approach,” Mancini said. “And I think we’re really seeing the benefits so far. We’re very proud of the group of athletes that we’re putting out every week.” 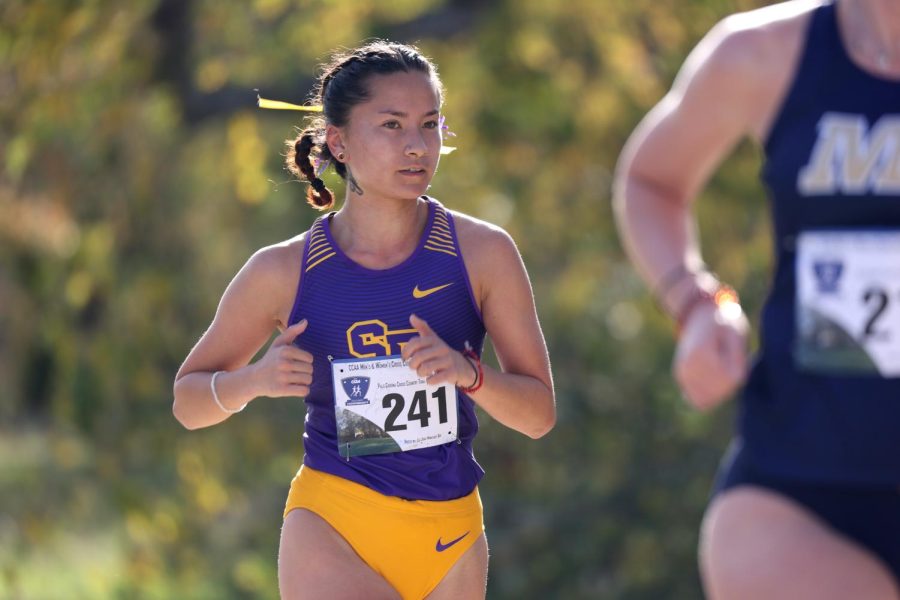 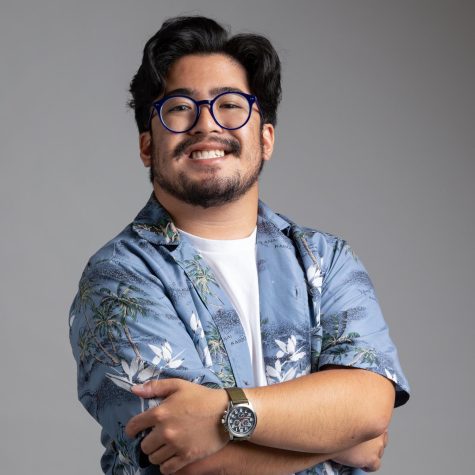 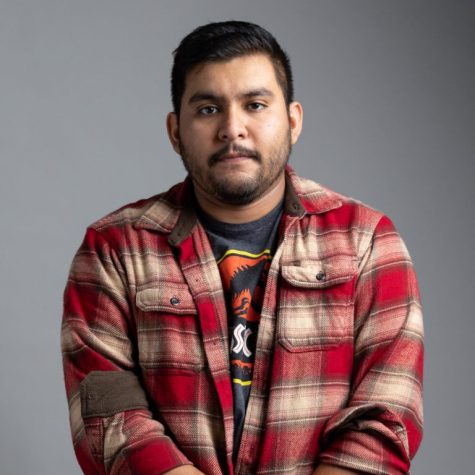 Abraham Fuentes, Staff Photographer
Abraham Fuentes (he/him) is a photojournalism major with a minor in political science at SF State. He is the photo editor for Xpress Magazine. He is a Sonoma County, California native and lives in Santa Rosa, California. Abraham loves to take photos with his film camera; his favorite film stocks are Kodak 400TX and Cinestill 800t. He hopes to tell stories through photography. 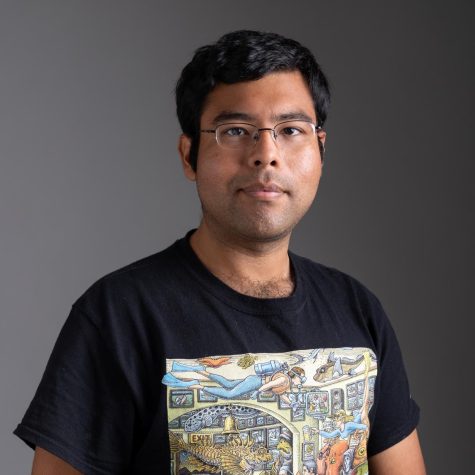 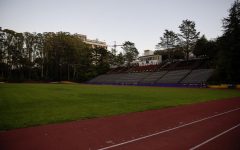 As the institutional memory of Gators football fades away, former players keep its memory alive 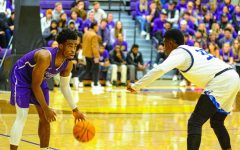 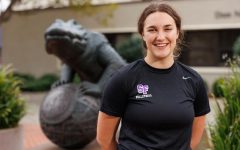 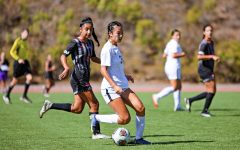 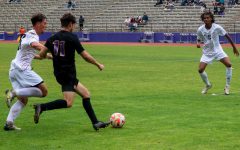