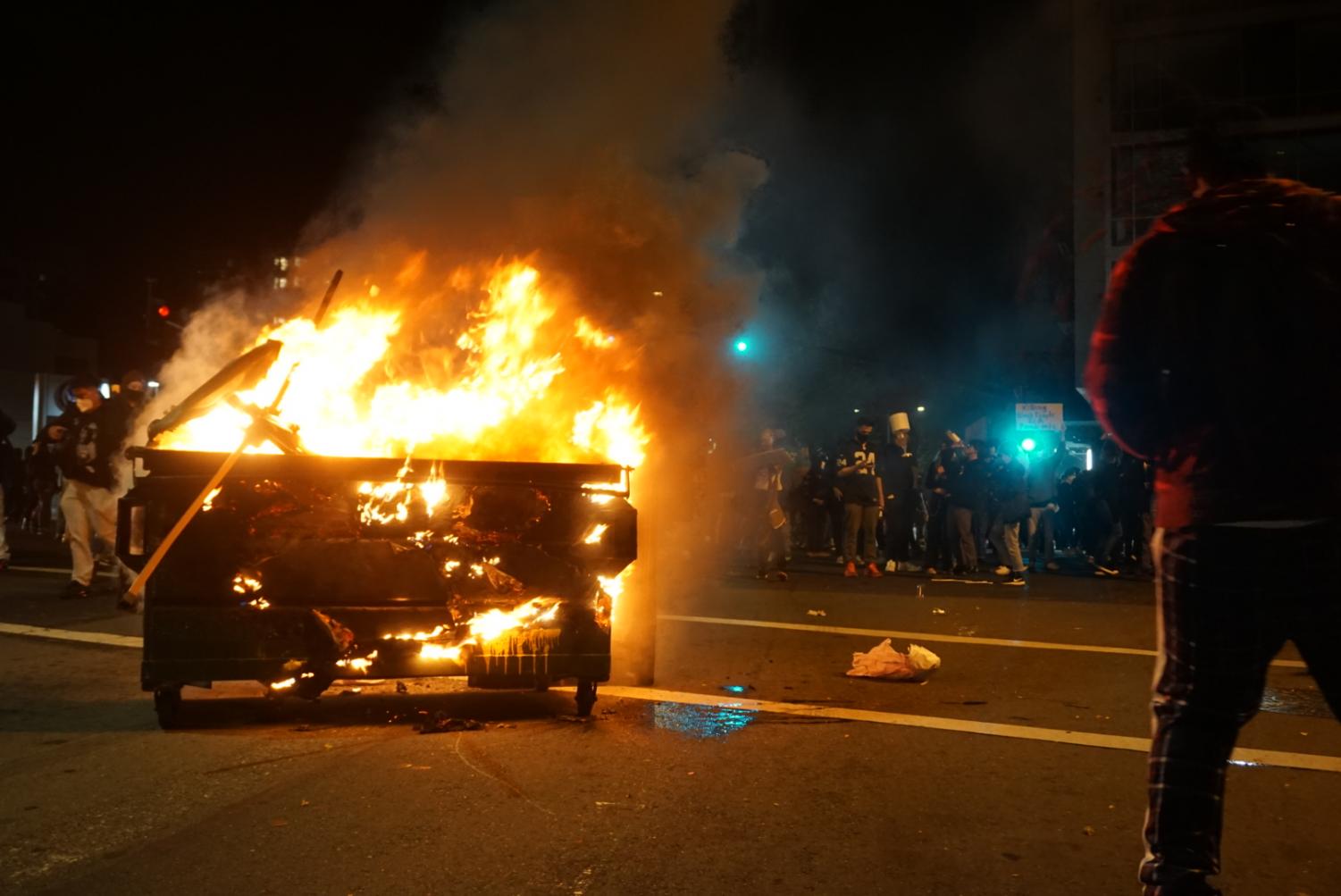 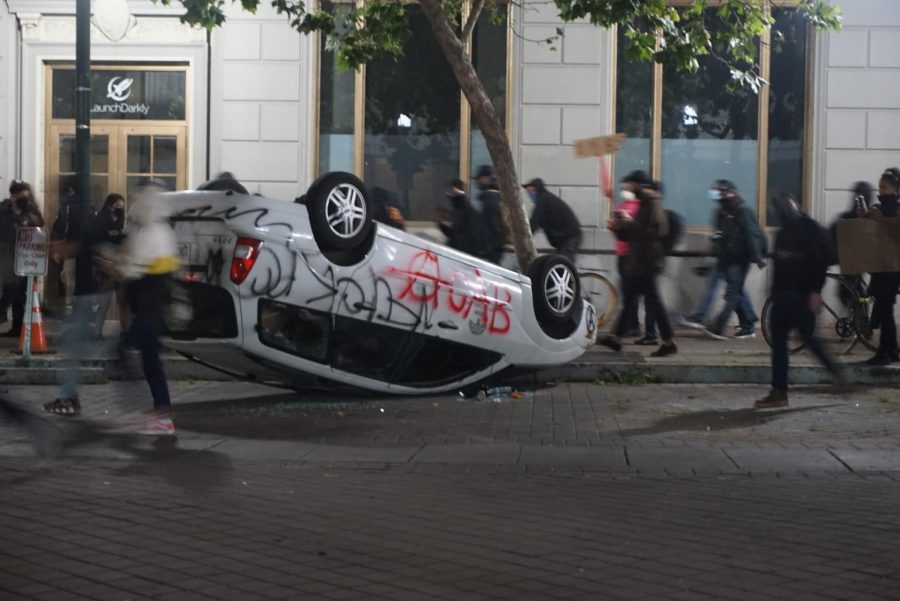 Protests made their way through the streets of Oakland, California, on Friday night following the death of George Floyd, an unarmed African American man, who died in custody by the Minneapolis Police Department.

Since the incident occurred on May 25, images of former Minneapolis Police Officer Derek Chauvin with his knee pressed to Floyd’s neck circulated online, sparking a succession of uproar across the country. Similar demonstrations have taken place in Minneapolis, Los Angeles and Atlanta since Floyd’s death as protestors have been seen looting, vandalizing, and setting building ablaze–including the Minneapolis police precinct. Police have responded with riot gear and tear gas, and Xpress reporter Jocelyn Hernandez Gomez was sprayed in the process of reporting on this event.

Chauvin was arrested with charges of third-degree murder and second-degree manslaughter on Thursday.

This is a developing story, check back for more updates.