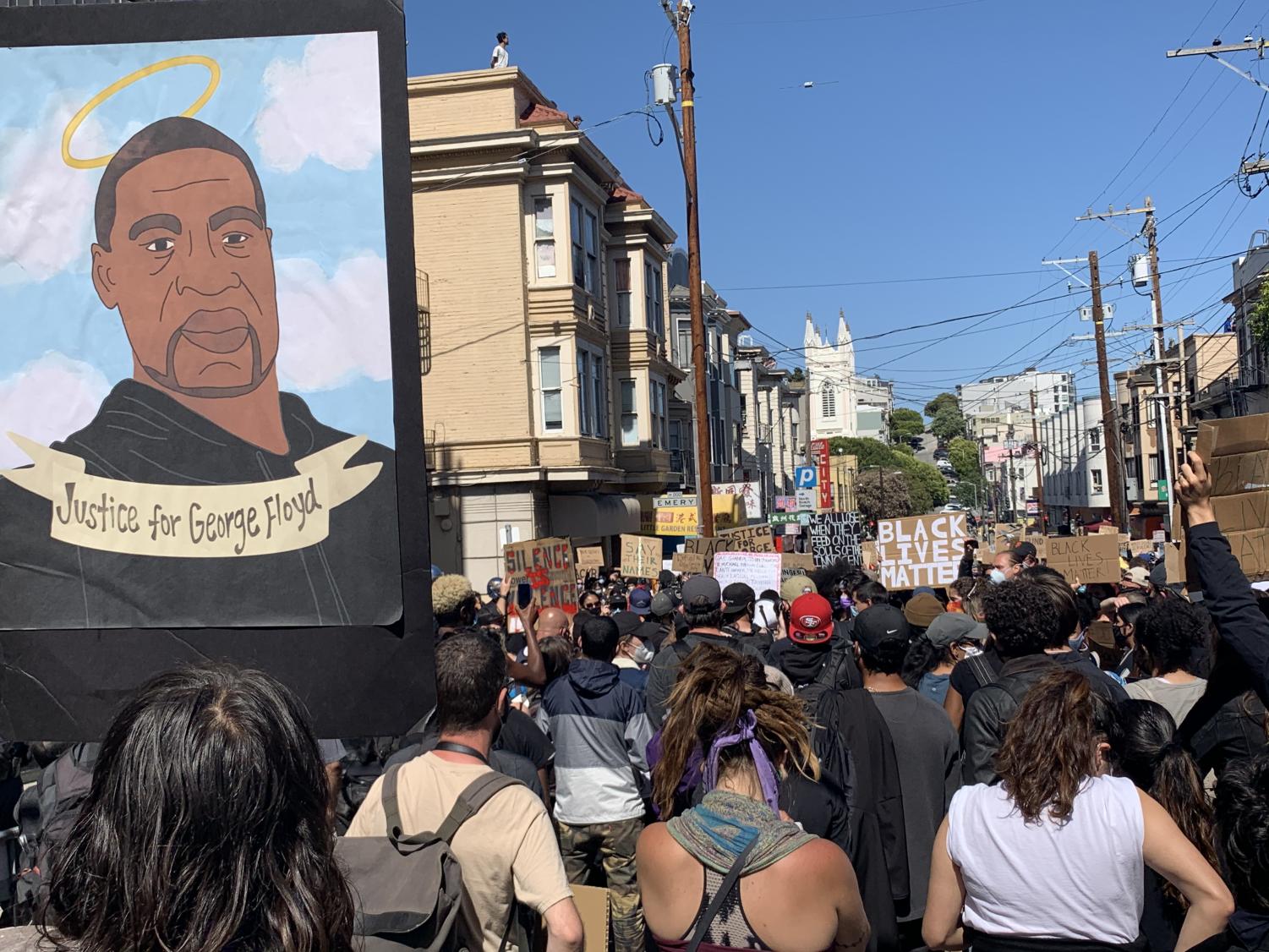 The movement stands strong as protests continue in the Bay Area

Although the day is new, the Black Lives Matter movement is still as active as ever and their goal remains steadfast. Protestors have flocked the streets of the Bay Area demanding justice in response to the killing of George Floyd and other countless lives.

Abigail Tuning, an SF State student, has attended multiple peaceful protests within the Bay Area, but has acknowledged that there are risks.

“All of the protests have been peaceful, organized,” Abigail said. “The only one I’ve witnessed was the Walnut Creek protest where officers became violent.”

Abigail attended the Walnut Creek protest with her sister Sarah Tuning on June 1. Both siblings were involved when officers resorted to using rubber bullets, and Sarah was injured during the incident when a rubber bullet skimmed her head.

“It was terrifying, but it was nothing compared to what Black and brown families experience in this country,” Abigail said. “George Floyd’s family can’t say the same. Call your mayor, call your city council and ask how they’re going to demilitarize the police and protect Black folks and people of color.”

Sarah Tuning felt strongly about the deaths of people of color at the hands of the police. On her Facebook, Sarah Tuning is a proud advocate for Black Lives Matter and said she is going to continue to help fight this war against police brutality.

“People of the community are killed in this country on a regular basis. For every #GeorgeFloyd, there is another human being killed in the streets, in police custody, and lack of healthcare. Through the medical issues caused simply by the stress of existing as in this nation,” Sarah said. “If the police and National Guard feel comfortable shooting a tiny white girl in the head … well, we’ve seen what they feel comfortable doing to Black and brown people, haven’t we?”

Over 1,000 people gathered on Sunday in the Marina District to march to SFPD Central District Police Station in protest against police brutality. Abigail Tuning was also present with a sign that stated “Call Mayor London Breed!”

Advocates brought a speaker system to voice their concerns to the public and to officers standing guard. Among the protesters was an SF music artist known as Mhytee who spoke of justice, peace and love.

Don Possbion, a protest participant, told others “it is time to act now!” Possbion also called for help in garnering attention from every group in San Francisco.

“I need my allies to help us, to come help us. The message might be better if they receive it from somewhere else,” Possbion said.

Possbion also expressed concerns about the spotlight on the Black Lives Matter movement within the media.

“Thank you again everyone here, for saying my life has value.” Possbion said. He went on to state that this movement needs to come to the point where misrepresented culture is adequately addressed.

Sarah Tuning is undecided as to whether she’ll be taking any legal action. If she receives any money in damages, she is willing to donate all of it to organizations that support the Black Lives Matter movement. 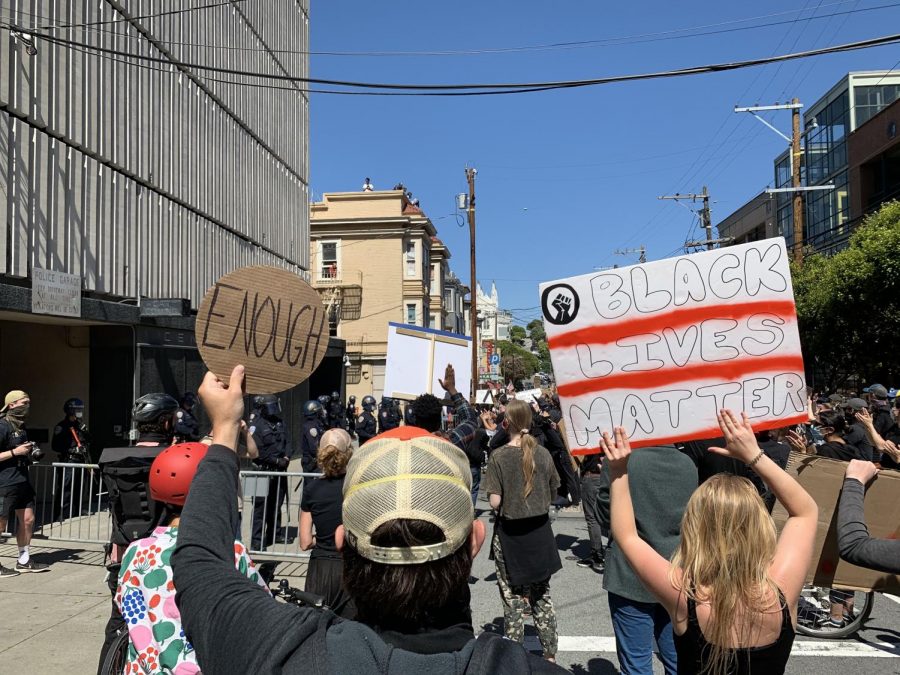