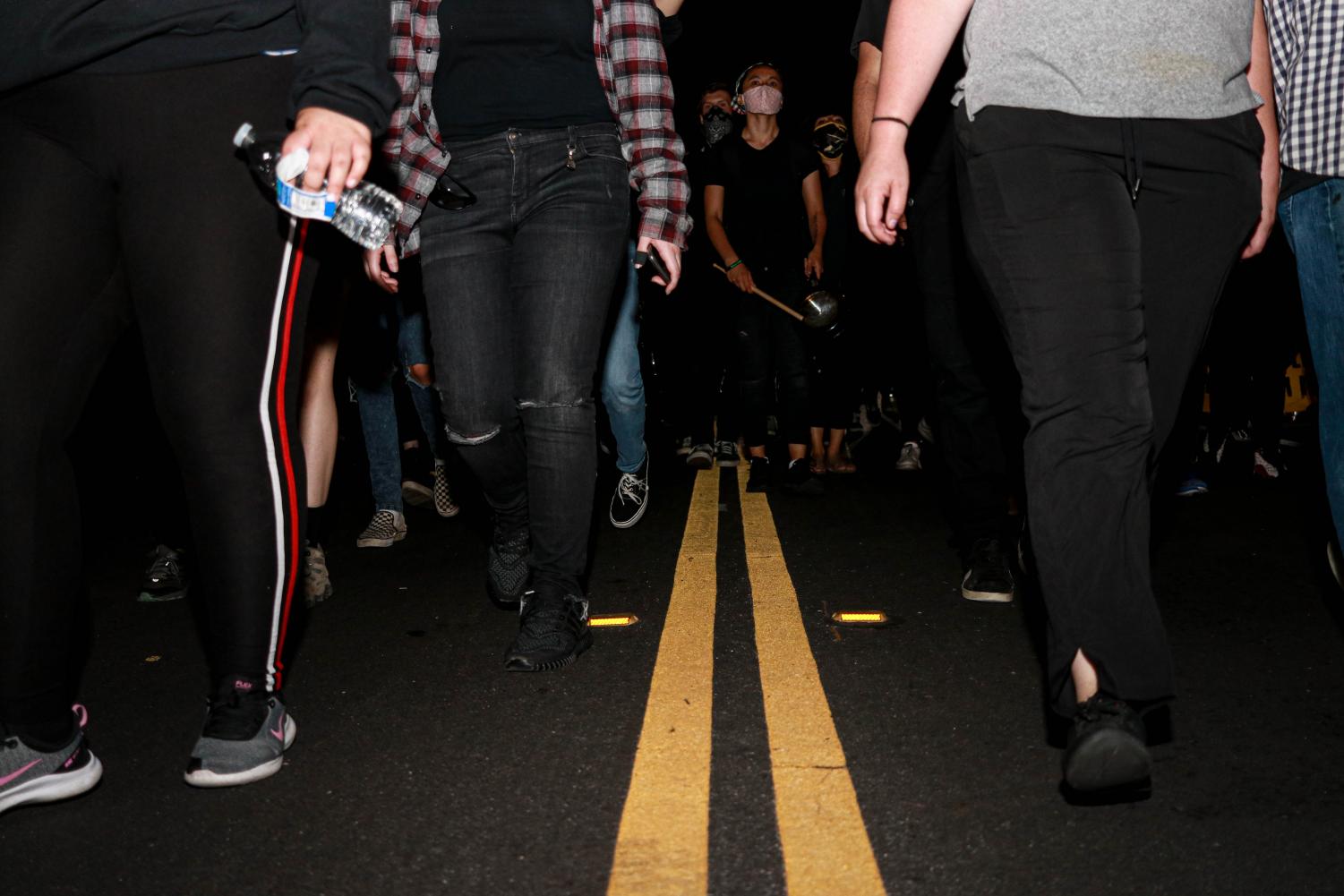 A protester uses a pan and a drum stick to make noise during the twilight protest in Walnut Creek, Calif., on Jun. 17, 2020 (Harika Maddala / Golden Gate Xpress) (Harika Maddala)

A protester uses a pan and a drum stick to make noise during the twilight protest in Walnut Creek, Calif., on Jun. 17, 2020 (Harika Maddala / Golden Gate Xpress)

Protesters March to the Mayor of Walnut Creek’s House

A procession of lights, coming from a group of more than 150 protesters with outstretched phones, pierced the night and coalesced into a steady march through the sleeping Walnut Creek streets on June 17. The passing congregation chanted discordently and with varying impassioned outcries that all orbited the topic of Black Lives Matter.

The Instagram account “@yayarearevolution” organized the youth-led event through the social media platform with specifics related to the march, and the page directly messaged interested parties so that they could avoid interference from law enforcement. The group originally posted that the march would end at the Walnut Creek Police Station, but this was used as a decoy, as the protest, in actuality, ended up at Walnut Creek Mayor Loella Haskew’s house.

The Instagram account, which now has over 1,100 followers, gained 800 of those in the two days following their post for the Walnut Creek protest, which is one of many demonstrations occurring on a nationwide scale following the death of George Floyd. Instagram pages @sfbayview and @protestsbayarea helped spread the word on the social media platform.

“It is time to wake up the quiet, white suburbs of the East Bay,” @yayarearevolution’s post stated. “We cannot continue to drag our feet behind Oakland, Berkeley or SF. We are bringing the revolution to every corner and street until all agents of the state have been abolished.”

The group has stated that their main concern is, “defending Black, Indigenous, and Brown lives on the frontlines.”

The protest was not initially advertised as peaceful, as the group believed that any demonstration against white supremacy would be perceived as inherently violent by the police and media. Protesters of the event wore varying degrees of protection, some bringing gas masks and others using makeshift shields.

“You never really know with the police, so I got my goggles here and I have a gas mask– you just never know. I’m glad nothing serious happened but you never know,” said Eli from San Ramon, who wore goggles. “It’s time our voices are heard. I’m all about non-violence when it works, but the reality is that sometimes to get the change that you want, you need to make people pay attention and feel like we did that tonight.”

While some saw the protest as a successful march, others felt it missed the mark. “The Tribe” was one such group, who referred to themselves under this moniker for the purposes of anonymity, as they felt the protest fell short.

“I was expecting since we are in a white neighborhood– the peers of the cops that are killing us– I was not expecting there to be hella white people,” a member of “The Tribe” said. “There were a lot of white people and I saw about five Black people in total excluding us,”

Another member of the group felt that the primarily White demographic makeup of the crowd contributed to how the police interacted or did not interact with the protest. As opposed to other events they had attended in the Bay Area.

“You had the police escorting you, talking about the ‘yay area revolution’ like stop it,”  the group member said. “We had a protest in Vallejo and got tear gassed, rubber bullets were used and were getting pepper sprayed and everything.” 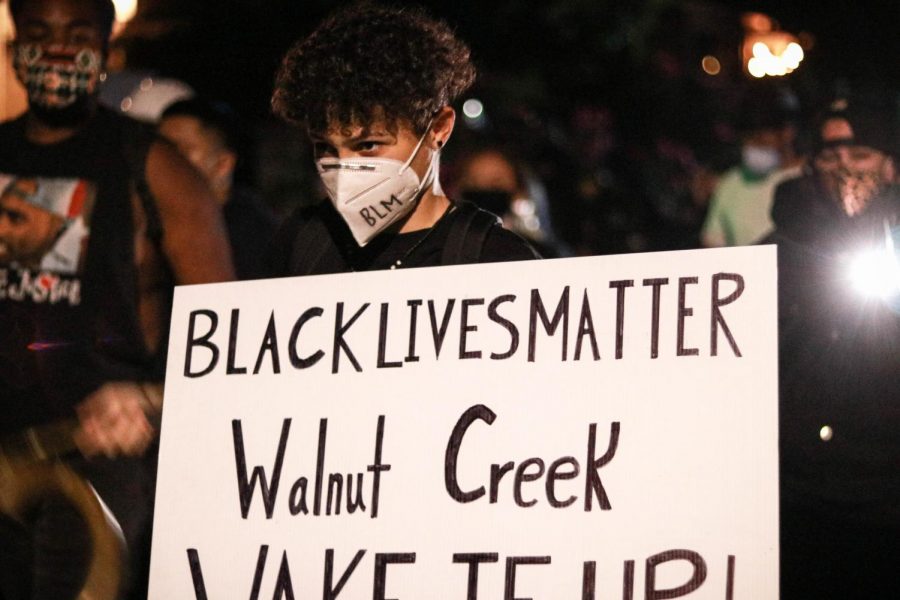