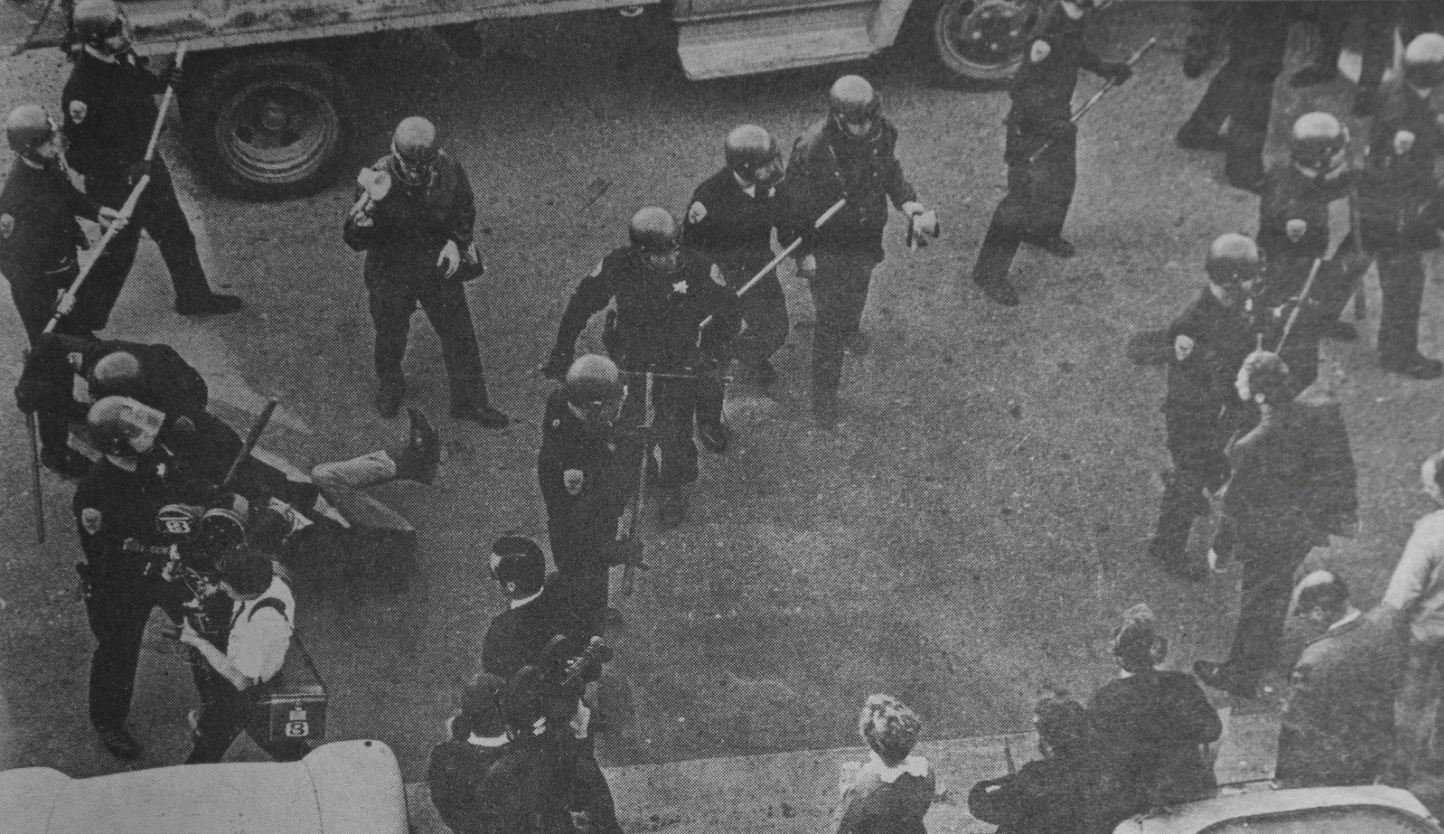 How protests in the ‘60s compare to demonstrations today

The recent protests revolving around the killing of George Floyd and other African Americans seems all too familiar. This has happened before.

African Americans have long fought against injustices inflicted upon them, this fight preceding even the inception of the U.S. Some of the most notable demonstrations happened within a single decade; the 1960s were filled with activism that sought for equal treatment no matter the color of one’s skin. Watts Rebellion, the Selma to Montgomery marches and the uprisings that occurred after the assassination of Dr. Martin Luther King Jr. are just a few of the most prominent protests in history that took place during this time.

Although these social uprisings occurred over 50 years ago, people continue to express dissent against racism and police brutality in similar modes. The reasons for protesting and the tactics used in the past are comparable to contemporary ones.

“Leaders of the uprising were Black people and I was amongst those,” Esmeralda Simmons, director of the Center for Law and Social Justice, said. Simmons described her experience with marching for an end to the mistreatment of African Americans throughout the 1960s. “We were basically protesting against centuries of killings, and being killed.”

The movements in the 1960s, such as today’s, were quick responses to injustices.

Thabiti Mtambuzi, an Africana Studies professor at San Francisco State University, has focused much of his career on teaching African American history and Black politics.

“The protests of the ‘60s and those of today are very similar in that they were spontaneous grassroots protests,” Mtambuzi explained. “Both are very well organized and act as responses to immediate incidents.”

Protests and social upheavals have always played a significant role within American history. Demonstrations of the past still resonate with those today.

Richard Benson, an ethnic studies professor at SF State, specializes in the Black freedom Movement and transnational social movements. He is an award winning author of his book “Fighting for our Place in the Sun: Malcolm X and the Radicalization of the Black Student Movement 1960-1973.”

“The purposes of these rebellions in both instances were the ability to literally question treatment of African Americans within society, but also to protest peacefully for a push for systemic change,” Benson said.

There are also key differences in the way protests are perceived. With the proliferation of social media, coupled with the current pandemic, news coverage of protests has changed along with the people showing up to these demonstrations and how protests are organized.

Social media serves as an extremely utilitarian tool in this generation while also aiding in the organizing of protests. Social media allows anyone with a smartphone or a computer to record racist acts and unfolding events in real time.

Terri Spicer, a Bay Area local, has attended many protests throughout her life. Spicer protested the Vietnam War, the beating of Rodney King by police and the killings of Micheal Brown, Eric Garner and Freddie Gray from 2014-2016.

“Social media has made all the difference in the world, in terms of the magnitude of the protest and the information getting out about the protests,” Spicer said. “It provides evidence of wrongful killings and the harassment and disrespect because everything is caught on camera.”

The killing of Garner is a good example of this. When video evidence of police officers using excessive force against Garner and ultimately killing him went viral, the injustices were obvious to anyone who saw the clip.

Not only does social media allow wrongful treatment of African Americans to get more attention, but it also helps activists organize and promote demonstrations within their communities.

Groups like Black Lives Matter, with the help of social media, are now capable of organizing protests, bringing a greater level of awareness to communities and disseminate information more rapidly.This communication has contributed to action.

Social media brought new types of faces to these protests, according to Spicer. Throughout the demonstrations in the 1960s, a vast majority of the people protesting were middle aged and Black. It was rare for white individuals of any age to take part in rebellions.

Spicer explained that there has been an increase in youth participation and of white people attending protests. In Spicer’s opinion, this is one of the biggest differences between the demonstrations today and those that are a part of history.

“Younger people are organizing the protests unlike in the past,” Spicer said. “There are many more kids out there. I see all different races too.”

The mainstream media’s tone toward social movements and protests has changed greatly, especially when compared to the media’s tone during the Civil Rights movement of the 1960’s. Simmons, who has been a political activist since the beginning of the 1960s, has noticed this shift in protest coverage.

“I believe the media, for the most part, is just beginning to understand the extent of racism in this country,” Simmons said.

Simmons went on to state that, although mainstream news coverage is shifting to a positive tone towards these situations, there is nonetheless ample room for improvement. She reflected on how the media changed its tone once looting started to occur.

“When the looting started, it seemed like the media was casting protesters as criminals and outlaws,” Simmons said.

The pandemic has brought more people to protests as well. Stay-at-home regulations have opened more people’s eyes to the injustices within society.

The U.S. economy has suffered due to shelter-in-place regulations. Since the pandemic’s onset, 40.8 million Americans filed for unemployment; uncertainties of employment are a fearful reality for much of America. Before, unemployment rates statistically did not have much of an effect on white people, but today they do.

“The wealth disparities contribute to the outrage. Unemployment is a major factor of this,” Simmons said. “Now people are realizing that what happens to Black people can happen to anybody, in terms of unemployment.”

Even before the spread of COVID-19, the wealth gap in this country was worse now than it was in the 1960s. Since the beginning of the 1960s, income inequality rose 29%.

“The rich are getting richer and the poor are getting poorer. The middle class does not relate at all to those white people in the 1%,” Leonard Paul, a retired historian from Penn State University, said. “The white, middle class is starting to resonate more with those on the streets protesting. That’s why they are out there with them. They’re starting to see and better understand the inequalities in terms of income and unemployment.”

African Americans suffer more than other communities when injustices are present. Like many other issues, the wealth gap does not just affect the Black community, but it receives the biggest negative impacts from such inequality.

When more wealth is in the hands of fewer people, it is much easier to see the inequality. Right now, the richest 1% has power over 40% of the world. That is a huge disparity and it is becoming more and more noticeable.

Although wage gaps play a huge part in why these issues still exist, the lack of change is the main source of why people are fighting for the same things since 1960.