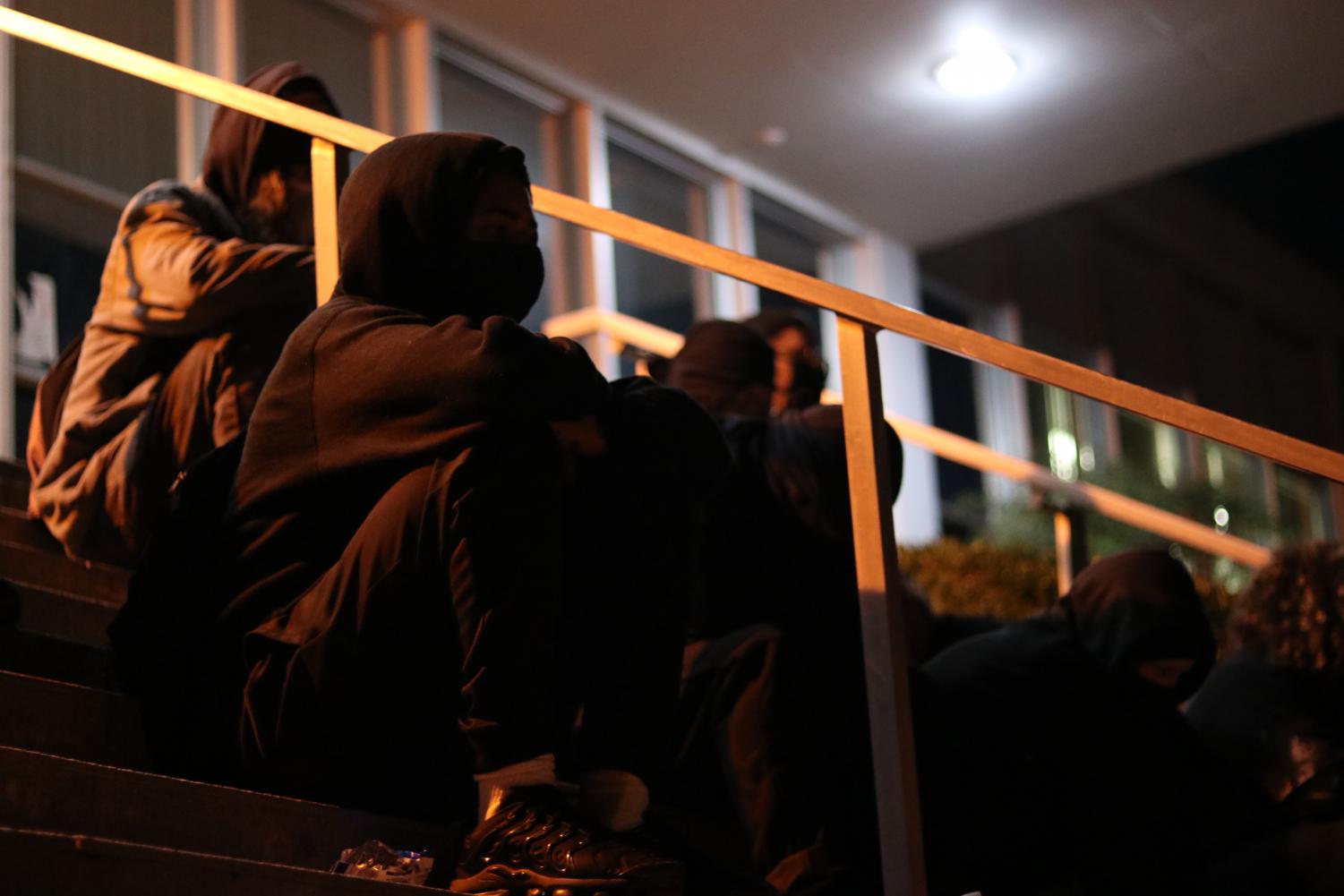 Members of The Bay Area Freedom Project observe five minutes of silence for the people killed by the ‘Fatal 14,’ outside Vallejo Police Department, in Solano County, Calif., on Nov. 3, 2020. Fatal 14 are the 14 VPD officers involved in the fatal shootings of citizens. The latest of the shootings took place in the early hours of Jun. 3, when Officer Jarrett Tonn shot Sean Monterrosa in his neck. (Harika Maddala / Golden Gate Xpress) (Harika Maddala)

Members of The Bay Area Freedom Project observe five minutes of silence for the people killed by the ‘Fatal 14,’ outside Vallejo Police Department, in Solano County, Calif., on Nov. 3, 2020. Fatal 14 are the 14 VPD officers involved in the fatal shootings of citizens. The latest of the shootings took place in the early hours of Jun. 3, when Officer Jarrett Tonn shot Sean Monterrosa in his neck. (Harika Maddala / Golden Gate Xpress)

Election night has been elongated into something interminable, with its feelings of anticipation, apprehension and fear preceding far before the first night of this purgatorius election week.

Businesses boarded their windows as people across the country assumed that the country would dissolve into civil unrest over the results. But for some, election night was seen as a prime opportunity to bring attention to some of the Bay Area’s most pressing issues.

“If anything this is the night to do it [protest], these are the people [VPD] that you are electing into power” Sophia Nelson, a member of the Bay Area Freedom Project, stated.

The Bay Area Freedom Project, a group of community organizers dedicated to fighting against systemic racism, held a protest on election night aimed at drawing attention to the Vallejo Police Department’s record of violence.

The protest held Tuesday evening in front of the Vallejo police department was the latest in a series of nightly protests. The organization’s nightly protests have been held since the start of their organization in August. The group felt that election night was an especially important night to protest, not only the VPD, but also the VPD endorsed city council candidate, Hakeem Brown.

According to Nelson, the group has four primary demands that they wish to see implemented within the VPD: the first being the firing of the “Fatal 14,” 14 officers who are, according to Nelson, responsible for one-third of “all the murders in Vallejo.Their second demand, defunding VPD by 50%, ties into their third demand, which is to reallocate the divested funds from the VPD back into the Vallejo community.

“We tell [people in attendance] about the ‘Fatal 14,’ who they are, why we’re doing it. And we also hold a vigil for all of the lives taken by them every single night,” Nelson said. “We put 37 roses down, and we write the name of each person next to a name and we light a candle. We have a five minutes of silence.”

According to Nelson, out of 135 total cases of excessive force, the Fatal 14 participated in 57 of the 59 cases that resulted in collapsed lungs, broken bones or death in the Vallejo area.

Their second demand, defunding VPD by 50%, ties into their third demand, which is to reallocate the divested funds from the VPD back into the Vallejo community. Their fourth demand is that VPD frees all protestors.

Devaughn Douglas, a fellow member of Bay Area Freedom Project, said he and his fellow members had been arrested by VPD on several occasions with what he described as little regard to COVID-19 precautions.

“This is actually about the third or fourth time I’ve been inside jail during the pandemic,” Douglas said. “It’s not a thing in jail, they don’t really care [about COVID-19]. If you come in there with a mask, good for you. If you don’t, sucks to be you.”

No news of any arrests on Tuesday have been made by the organization at the time of publication. Despite arrests, Nelson said the group will continue to protest every night until their first four demands are met.

Jordan Nelson, another protester with the Bay Area Freedom Project arrested several times, said that he had to change his mindset as to why he kept coming out to protest including a night like election night.

Nelson originally began protesting to raise awareness to lives lost, including William McCoy, whom he personally knew, and to put pressure on VPD to respond to their demands. His participation at Tuesday’s demonstration stemmed from his passion and hurt with VPD, saying that both the local and presidential elections will determine how much they will be heard by VPD.

After their first arrest, the reality of what they were protesting set in for Nelson, saying, “That could be me.”

Fellow protesters from the Bay Area Freedom Project opted out of protesting on the night those arrested were released. Arrested protesters were charged with felonies that were now dropped, but they were initially afraid of what could happen to them. The history of settlements VPD has with families of those who have lost someone at the hands of VPD is something Nelson often thinks about, the most recent being in Sept. 2020 of $5.7 million.

“They view that as an intimidation tactic, and I view it as a reason to come out here”, Nelson said.

“Imagine if you are one of his survivors, and your abuser is in a place of power like that,” Nelson said. “And no one is saying anything, that is so scary. I would be in fear for my life if my abuser was councilman or mayor, and the police who were supposed to protect and serve the community are funding him.”

At 12:52 a.m., election results for Solano County revealed that Brown lost in his mayoral race to Robert McConnell, also a previous councilmember, who pushed for redevelopment and improvement of VPD general practices.

While the results for the presidential election are still being counted, Nelson shared that she finds more hope in the former Vice President Joe Biden than sitting President Donald Trump.

“I feel like it’s our only choice to vote for Biden” Nelson said. “At least with Biden, we can apply the pressure that needs to be applied. If Trump gets re-elected into office …  you guys see how crazy he is? Like he’s not going to listen to us.” 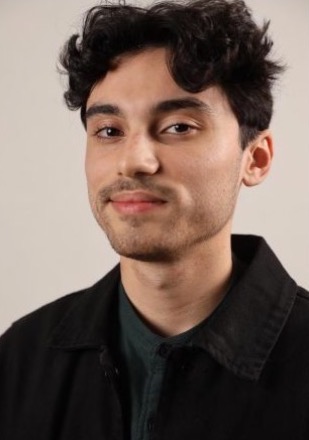 Paul Christopher Kelly is a young Bay Area native of Irish and Nicaraguan descent. He has a familial affinity towards Irish and Latin American writers,...