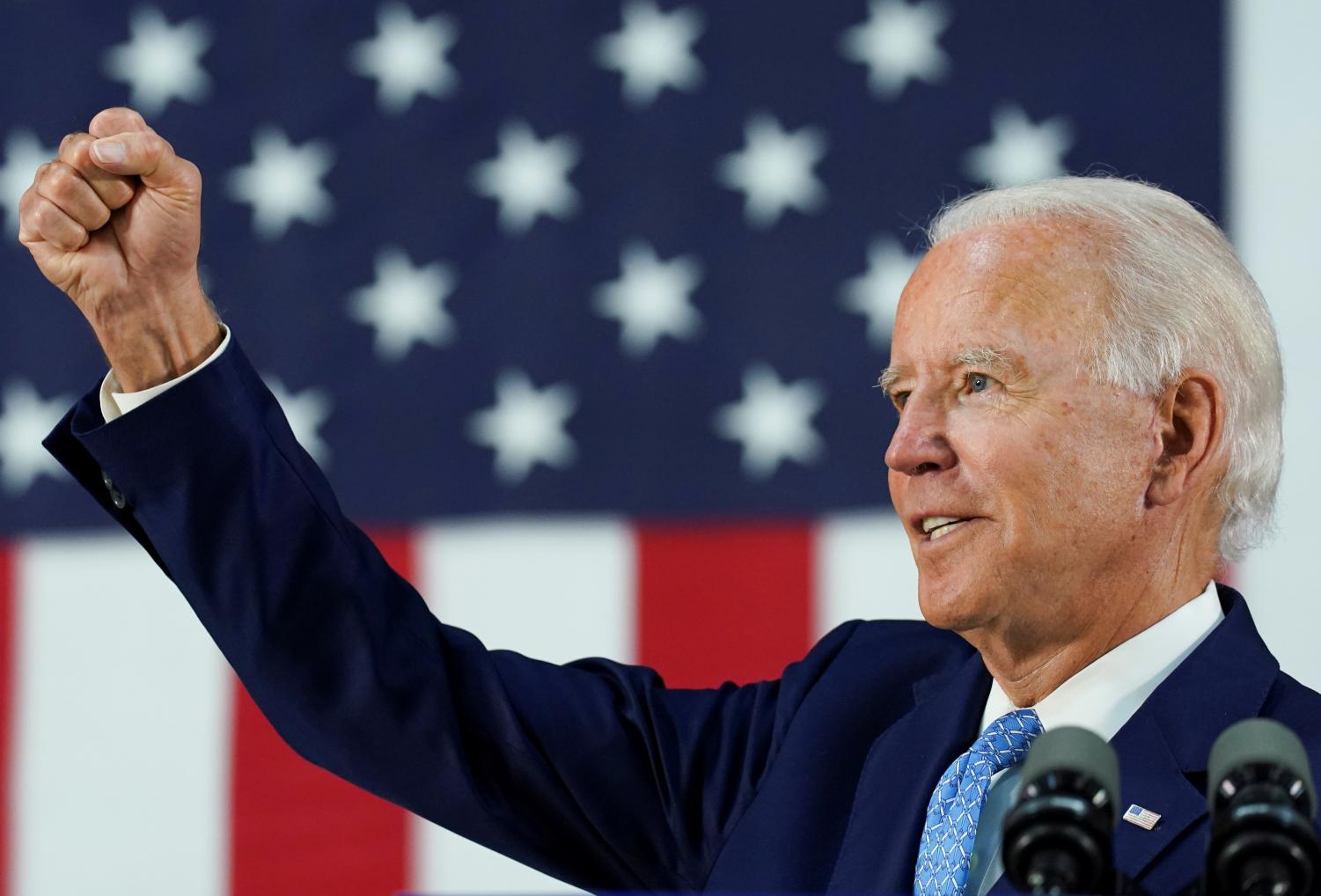 After a grueling week of anticipating the results from Election Day, Biden has managed to flip Nevada, Pennsylvania and Arizona blue — the latter two being states that voted for Trump in 2016 – reaching 290 Electoral College votes. Georgia remains unknown at the time of publication, but still favors Biden over Trump with roughly 7,000 votes.

America, I’m honored that you have chosen me to lead our great country.

The work ahead of us will be hard, but I promise you this: I will be a President for all Americans — whether you voted for me or not.

I will keep the faith that you have placed in me. pic.twitter.com/moA9qhmjn8

“America, I’m honored that you have chosen me to lead our great country, Biden said on Twitter following the announcement of his victory. “The work ahead of us will be hard, but I promise you this: I will be a President for all Americans — whether you voted for me or not. I will keep the faith that you have placed in me.”

Prior to Biden’s announced win, Trump also took to Twitter saying, “I WON THIS ELECTION, BY A LOT!” The tweet was flagged by Twitter, saying “Official sources may not have called the race when this was Tweeted.”

Biden, 77, will be the oldest sitting president elected to his first term. He began his career as a defense attorney for criminal cases in his home state of Delaware after receiving his law degree from Syracuse University. At 29, he was elected to serve in the Senate, and in 1973 he was sworn in as U.S. Senator of Delaware and later chairman of the Senate Judiciary and Foreign Relations committees, where he continued to be re-elected, serving for a total of 36 years. During his time in Senate, he introduced a bill that grew to become the 1994 Crime Act and the Violence Against Women Act, a bill that garnered discourse on the road to presidency.

Sen. Kamala Harris, whom Biden added to his ticket in early August, is set to make history as the first woman and first person of color to hold the title of VP. Harris, who is of Indian and Jamaican descent, is the third woman to ever be considered VP for a major political party– she follows in the footsteps of the former Alaska Gov. Sarah Palin in 2008 for Republican Sen. John McCain and former Rep. Geraldine Ferraro in 1984 for Democratic Party nominee Walter Mondale.

Throughout his campaign, Biden promised to tackle a large range of issues, including pathways for immigrants to get citizenship, affordable healthcare, combating climate change and improving racial equity.

In the first 100 days under a new administration Biden plans to reverse Trump’s separation policy at the border, which would include ending the prosecution of parents for minor immigration violations and prioritize the reunification of any children still separated from their families.

Trump has tweeted on countless occasions that the ongoing climate crisis is fake, the Biden administration has made it clear that they believe in science by planning to invest $1.7 trillion over the next 10 years which will be paid by rolling back Trump’s tax incentives.

With movements like Black Lives Matter emerging over the years, racial equity improvement is being promised by the new administration. Biden plans to spur more than $50 billion in additional public-private venture capital to Black and Brown entrepreneurs.

The Trump administration became the target of scrutiny from Democratic Party candidates from the start of the election period, unified under a common goal: to defeat “the most dangerous president in American history,” according to Sen. Bernie Sanders.

“The first thing I would do is make sure that we defeat Donald Trump,” Biden said in the first Democratic debate.

During the Democratic debate, Harris addressed his stance on busing in the 1970s. During his time as senator, he backed an anti-busing measure and stated that busing is, “the least effective remedy,” to desegregation. He responded during an interview with CNN saying that, “it’s so easy to go back 30, 40, 50 years and take a context and take it completely out of context.”

This is not Biden’s first time running for president; He first ran during the 1988 presidential election but was accused of plagiarism and false claims on his academic records. Once these claims surfaced, he dropped out of the race three months in. In a public response to the controversy he said, “I was mistaken, but I was not in any way malevolent.”

In January 2007, he announced he was entering the 2008 presidential election. During his run, he made claims against his then-opponent Barack Obama, stating he was “the first mainstream African American who is articulate and bright and clean and a nice-looking guy.” After low showings at his Iowa caucus, he dropped out in January 2008. Despite past claims, Biden joined Obama’s presidential team and was chosen to be his vice president, they won both the 2008 and 2012 elections.

As vice president for two terms, he helped secure the Affordable Care Act and was the primary sponsor of 42 bills enacted during the time of the Obama administration, including the Criminal History Background Checks Pilot Extension Act of 2008, PROTECT Our Children Act of 2008, and Libyan Claims Resolution Act.

“With the campaign over, it’s time to put the anger and the harsh rhetoric behind us and come together as a nation,’’ Biden wrote in a recently released statement. “It’s time for America to unite. And to heal. We are the United States of America. And there’s nothing we can’t do, if we do it together.”