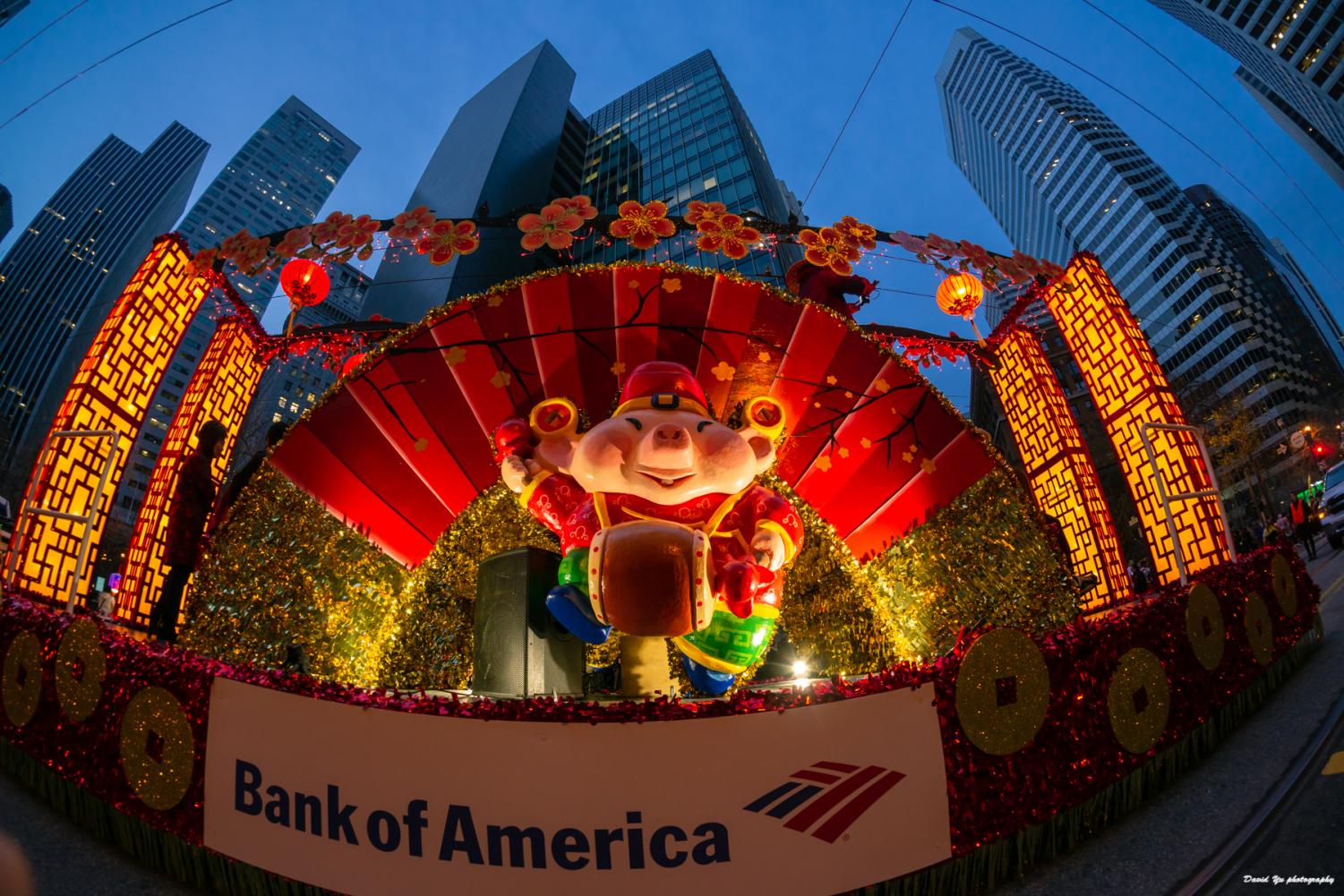 A float from the Chinese New Year parade from 2019. San Francisco’s Chinese Chamber of Commerce announced its decision to hold festivities through a livestream in October. (David Yu / Creative Commons)

A float from the Chinese New Year parade from 2019. San Francisco’s Chinese Chamber of Commerce announced its decision to hold festivities through a livestream in October. (David Yu / Creative Commons)

The annual celebration for the Year of The Ox this past weekend was moved to a televised only event after talks were made on how to continue the event with COVID-19 around.

Organizers for San Francisco’s annual Chinese New Year’s parade moved the festivities to a television only broadcast this past weekend in response to the ongoing COVID-19 pandemic.

This year’s parade for the year of the Ox was broadcasted to Bay Area residents on Feb. 20 at 6 p.m. after discussions were made in October regarding what to do this year for the yearly event.

In a statement released to the public, the Chinese Chamber of Commerce of San Francisco decided that holding the event which typically attracts large crowds was too much of a health risk with the pandemic going on.

“While we are very hopeful for positive changes in the coming year, we must deal with our current conditions and recognize that plans for everyone’s safety in the future is our most important responsibility,” the statement read.

For longtime attendees such as Wilson Hoang, the lack of ambience and tradition this year will be missed.

“I’m going to miss walking through Chinatown during the parade, because that’s when it is the most lively, with all the red everywhere,” he said.

Hoang, who has attended the parade for the past 10 years, noted some of the sights that made the parade a must see during this time of year.

Despite the change to a broadcast-only event, committee members for the parade have tried to give residents and visitors some way to celebrate the Year of the Ox.

Located around San Francisco are eleven oxen statues designed by local artists. Each ox statue contains a QR code that visitors can scan to reveal information on the artists as well as the inspiration for each design.

The statues will be on display until March 14, where they will then be donated to nonprofit organizations and auctioned off. Anyone who sees the ox statues is encouraged to take a photo and enter the parade’s photo contest.