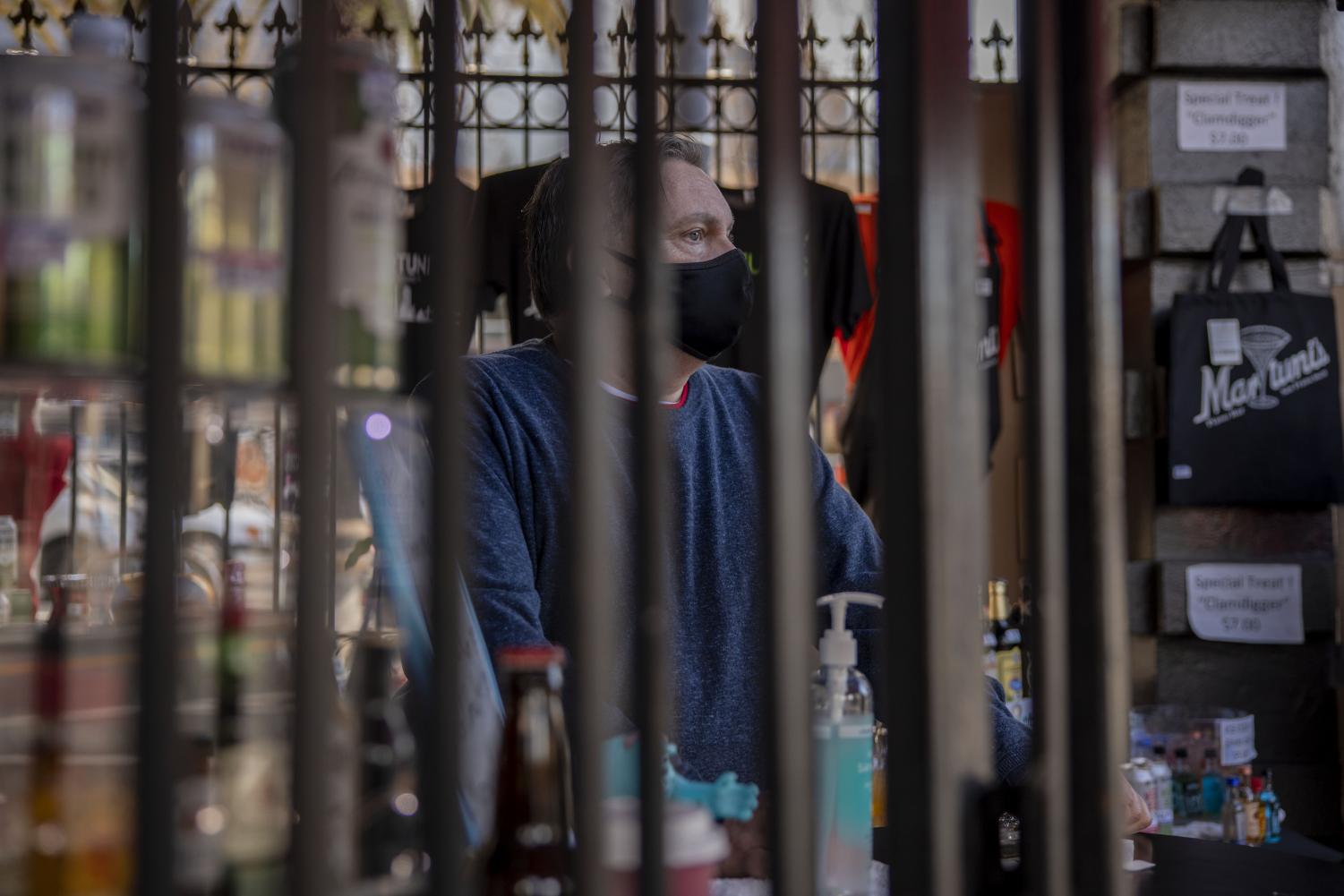 Peter Gentile, who is a bartender at Martuni’s, said that the SF Queer Night life is nonexistent now. “Well, I can speak for Martuni’s. I can’t speak for everybody, but what’s it like now? It’s nothing. We’re nothing. There’s no nightlife. We’re not taking nearly enough money, and there’s no community, which is what Martuni’s had because we are a piano bar.” (Emily Curiel / Golden Gate Xpress) (Emily Curiel)

Peter Gentile, who is a bartender at Martuni’s, said that the SF Queer Night life is nonexistent now. “Well, I can speak for Martuni’s. I can’t speak for everybody, but what’s it like now? It’s nothing. We’re nothing. There’s no nightlife. We’re not taking nearly enough money, and there’s no community, which is what Martuni’s had because we are a piano bar.” (Emily Curiel / Golden Gate Xpress)

San Francisco’s queer nightlife grasps for a return to normalcy

Struggling bar and nightclub owners press on, as number of venues catering to the LGBTQ+ community further declines

Esta Noche, Trocerdo Transfer, Lexington, Universe, Pendulum — uttering these names of shuttered venues among queer circles in San Francisco is to uncan the history of a storied nightlife that began dwindling before COVID-19 arrived.

As more queer venues perish, SF State alum D’Arcy Drollinger, owner of drag-show nightclub and cabaret Oasis, is among those who have become de facto stewards of both the myth of nightlife past and authors of its future. Without them, the tapestry of queer SF culture stands to lose more than it has in recent decades. From 1960 to 1980, scores of queer venues once stretched all the way from Ocean Beach to the piers. Today, they are largely relegated to the Castro and SOMA districts — an erosion of culture and presence within a city known around the world as a gay mecca.

For Drollinger, the hope was to keep the scene alive beyond the last call of the pandemic, which is why Oasis hosted a fundraising event on Saturday to shore up mounting financial losses. It raised over $250,000 — more than double the original goal. The haul is a huge win for Oasis and will help Drollinger stay afloat until more relief becomes available.

“For me, it costs about $1,000 a day for the club [Oasis] to exist closed,” Drollinger said. “I know that other venues have similar bills to pay.”

In contrast to Oasis — a venue that has the advantage of an established digital media platform loaded with content it can broadcast directly to its customer base, as well as a volunteer production team — there are smaller venues that must make do while they wait for bureaucratic gridlock to release relief funds.

Oasis is among venues that applied and received assistance at the federal and state level, but those funds were only enough to get through the first few months of the pandemic. As more funding is made available, Drollinger said that challenges persist within relief programs, which further slow the process.

In one instance, Oasis was denied a California $25,000 grant. In another relief program, from which “the money is coming,” Drollinger said that allocation details have not been decided.

I feel like the places that catered to people of color went away. I think that’s why I’m so out of touch right now, because the places I used to go to no longer exist.”

The irony of club and bar owners waiting in line for access is not lost on SF State alum Alfredo Kuri De Labra. De Labra atavistically shared his off-campus undergraduate escapades in the early 2000s — when venues such as Esta Noche, Lexington and Pendulum still existed.

A fan of venues that catered to queer people of color, De Labra did not mind “both waiting in line or finding a friend to cut in line with.” Today, he laments their absence from the Castro District.

According to a map created by Bay Area Reporter Richard Walters, several dozen venues have been gobbled up by time. A study conducted by Greggor Mattson, associate professor of sociology at Oberlin College and Conservatory, showed that as many as 37% of gay bars in the U.S. shut down from 2007 to 2019.

Scott Peterson, manager of SOMA’s leather bar the Powerhouse, said that the hardest-hitting closure in recent memory is SF’s oldest queer bar — The Stud, which closed in Summer 2020.

For Peterson, the health of queer nightlife in his neighborhood is interdependent between the venues. At one point, SOMA was home to a hodge-podge of cruisy leather bars, dance clubs and sex clubs. Changes in norms such as those in Mattson’s study, but more heavily the pandemic, have contributed to a sharp decline that is “most apparent” to Peterson in his district.

According to Peterson, the state of queer nightlife is still changing. Until “vaccination worldwide” is achieved, it will remain difficult to find anything close to a pre-pandemic groove.

It is going to get better. We’ve got to jump through the hoops until everybody gets vaccinated. I do see the horizon is getting brighter. Let’s be optimistic and hope for the best.”

“It’s kind of up in the air right now isn’t it. We are all restaurants. We’re not cruise bars anymore. It [the pandemic] has changed everything,” Peterson said.

Jose Guevara, a bartender at the Powerhouse, said change is also on the minds of patrons whom he has seen recently. The consensus of the crowds he has been tending to since restrictions on outdoor dining were lifted is that they are ready to enliven SOMA once again.

Guevara lamented the loss of The Stud. The iconic walls of which were painted with the zodiac calendar at its inception in 1966 have seen visitors such as Sen. Dianne Feinstein, former mayor of the city.  For him, history was literally painted over.

“The building and the art had historical value, and they just painted over it — whitewashed it over,” Guevara said. “That’s the biggest shame.”

Still, stewards such as Drollinger, Peterson and Guevara — who are among those on the front lines of the fight to keep queer nightlife from getting the ultime bounce — are optimistic that things are turning around. To them, it’s not even close to last call.

“It is going to get better,” Peterson said. “We’ve got to jump through the hoops until everybody gets vaccinated. I do see the horizon is getting brighter. Let’s be optimistic and hope for the best.” 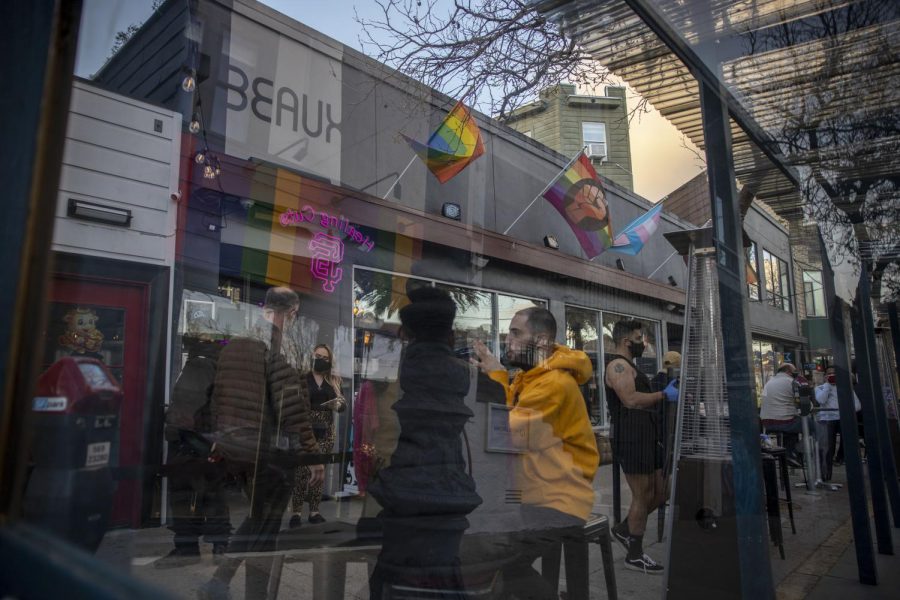 Gallery|5 Photos
Emily Curiel
People gather outside of Beaux for drinks and food on a Friday evening in the Castro District on March 5, 2021. (Emily Curiel / Golden Gate Xpress)
Leave a Comment
About the Contributors 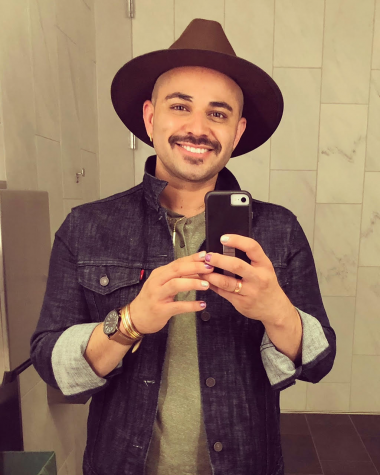 Omar Morales is a recipient of the 2021 Washington Media Fellows Scholarship. He is a senior at SF State majoring in international relations... 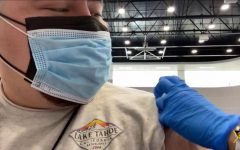 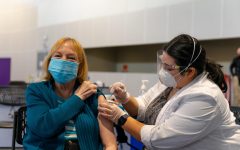 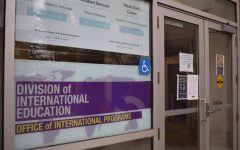