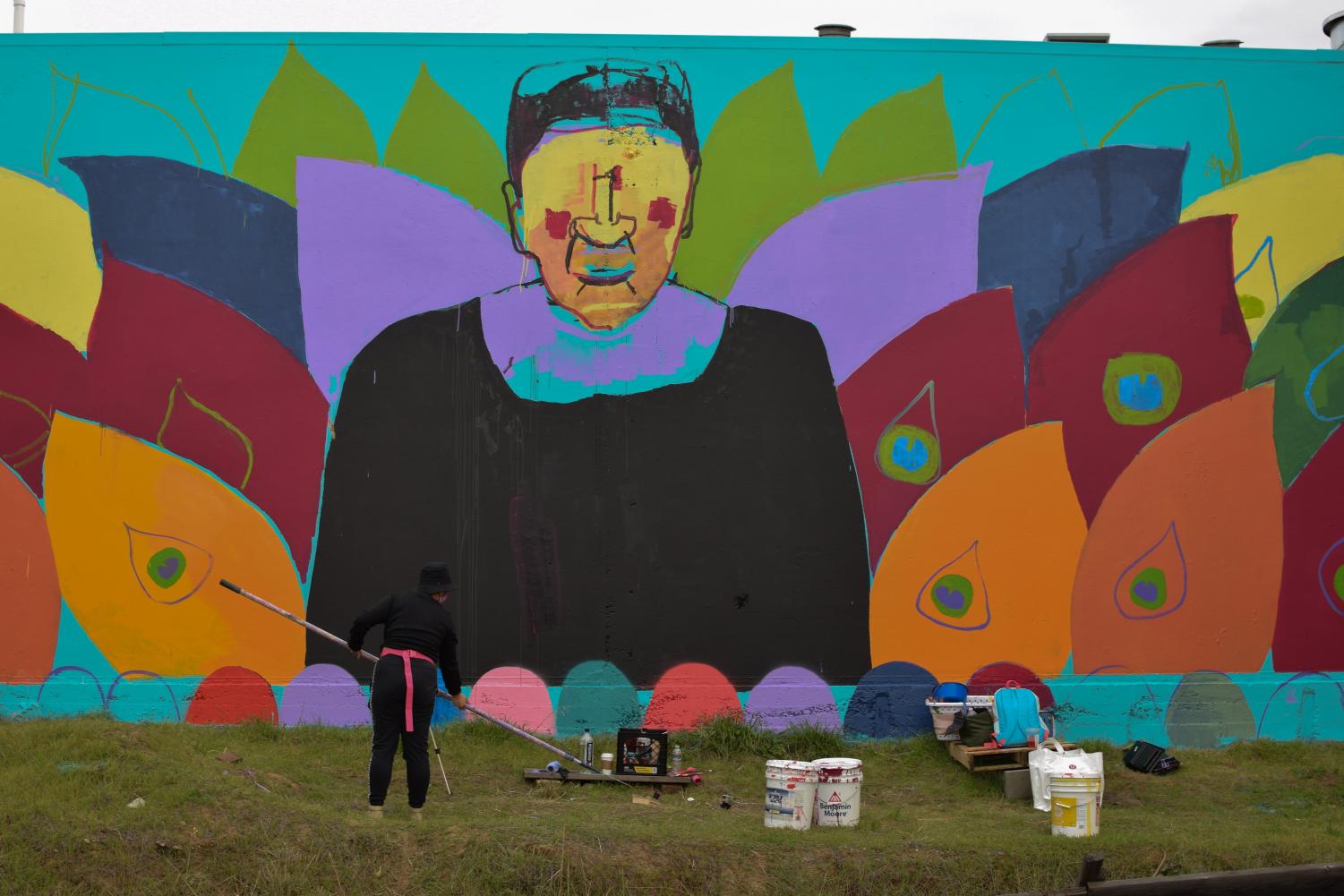 Christina Xu, a full-time artist, paints a tribute mural to Ruth Bader Ginsburg on Ninth Avenue and E 10th St. in Oakland on February 21, 2021. Xu was commissioned to paint by Paint the Void, an organization that coordinates with artists to paint murals on boarded up businesses due to COVID-19. (Leila Figueroa / Golden Gate Xpress) (Leila Figueroa)

Christina Xu, a full-time artist, paints a tribute mural to Ruth Bader Ginsburg on Ninth Avenue and E 10th St. in Oakland on February 21, 2021. Xu was commissioned to paint by Paint the Void, an organization that coordinates with artists to paint murals on boarded up businesses due to COVID-19. (Leila Figueroa / Golden Gate Xpress)

A nonprofit organization which works on filling the void on boarded-up storefronts with murals, is now part of the city’s $250,000 program that supports local artists

Paint the Void and other nonprofit organizations are now funded by the city in its continued efforts of supporting local artists and promoting public health practices.

Paint the Void is a nonprofit organization that has been matching businesses in the Bay Area with local artists to create murals on boarded storefronts and walls. The program, the San Francisco Creative Corps program, is intended to support Paint the Void and Yerba Buena Centre for the Arts to ensure inclusivity of artists from different fields.

The money from the SF Creative Corps program will help Paint the Void in creating 30 new murals with each artist granted $1,250. YBCA will be using the funds to support selected performing artists in partnership with San Francisco Bay Area Theater Company, Dance Mission and Carnaval San Francisco, according to a press release from the Office of the Mayor.

“With the recent influx of art grants money from the city have widened the scope a little bit for people who want art but are not able to pay for it,” said Kate Seibert, a San Francisco-based artist who recently finished a mural on a 70-foot tall wall in the Powell Street BART station.

While artists have freedom to create an original mural of their choice, they are required by the collective to stay within the theme of promoting public health. Artists can also be open to suggestions from store owners they are painting for.

Seibot said there is freedom of painting on a large temporary surface, such as the plywood boards.

“Not that I don’t want to do a good job because it’s plywood, but I feel like it just gives you a little bit more freedom because there’s so much of it,” Seibot said. “You’re just less afraid to pull the trigger on like little creative risks that you might want to take as an artist.”

Paint the Void emerged from Building 180, an organization that have worked on promoting artists and artistic creativity since 2016.

Meredith Winner, partner at Building 180 and a co-founder of Paint the Void, observed boarded-up businesses during the first stay-at-home order due to COVID-19 in April 2020. She described the images as “apocalyptic” and found the opportunity for Building 180 to cover the empty boards and walls with art.

By the end of year 2020, Paint the Void was joined by other local organizations, such as Art for Civil Discourse, who together have worked on funding over 95 artists in the Bay Area. The artist collective has created over 100 murals in San Francisco, Berkeley and Oakland.

In January 2019, Christina Xu decided to become a full-time artist after living in the Bay Area for over a decade. Due to the outbreak of COVID-19, Xu was forced to postpone several of her projects until she found out about Paint the Void on Instagram.

“They really have advocated for us artists and given us all these opportunities and connections with businesses we would have never thought of who want art,” says Xu about Paint the Void.

While working with Paint the Void, artists have also appreciated the networking opportunities the organization offers. The team of co-founders at Paint the Void closely works with the artists throughout the completion of each mural.

They really have advocated for us artists and given us all these opportunities and connections with businesses we would have never thought of who want art.”

For Xu, this help has come in the form of equipment needed to finish her artwork. “For example, I needed a ladder and they have a network or people that they can connect you with,” Xu said.

According to a press release from Mayor Breed’s office, artists that live in or have strong ties to the neighborhood where the installation is to take place, will be prioritized.

Winner says it is important for the organization to prioritize artists that are local in order to limit travel and support local communities.

“The biggest bottleneck that we have is that oftentimes it is harder to find businesses than it is to find artists,” says Winner.

Businesses and artists can apply on Paint the Void website by filling out an intake form. Winner and her teammates then match the business owners to an artist in that area.

“Artists have gone to the neighborhoods, in the neighborhood that they live in, and identified the spaces and then find the contact information (of business owners),” says Winner.

While Paint the Void is focusing on the creation of 30 new murals, the organization is planning on launching an exhibition for all the painted boards that get taken down in Fall 2021. By the end of this year, Paint the Void will also release a coffee table book to commemorate the art created through the project. 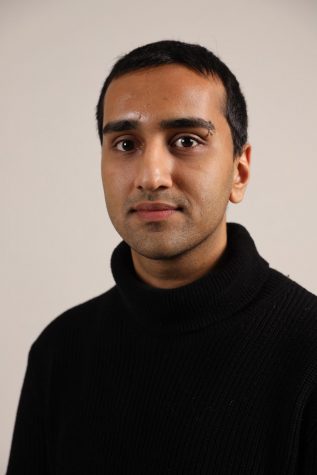 Smit is a student at San Francisco State University, pursuing BA in Journalism (Pring & Online) with a minor in Women & Gender Studies. With his...