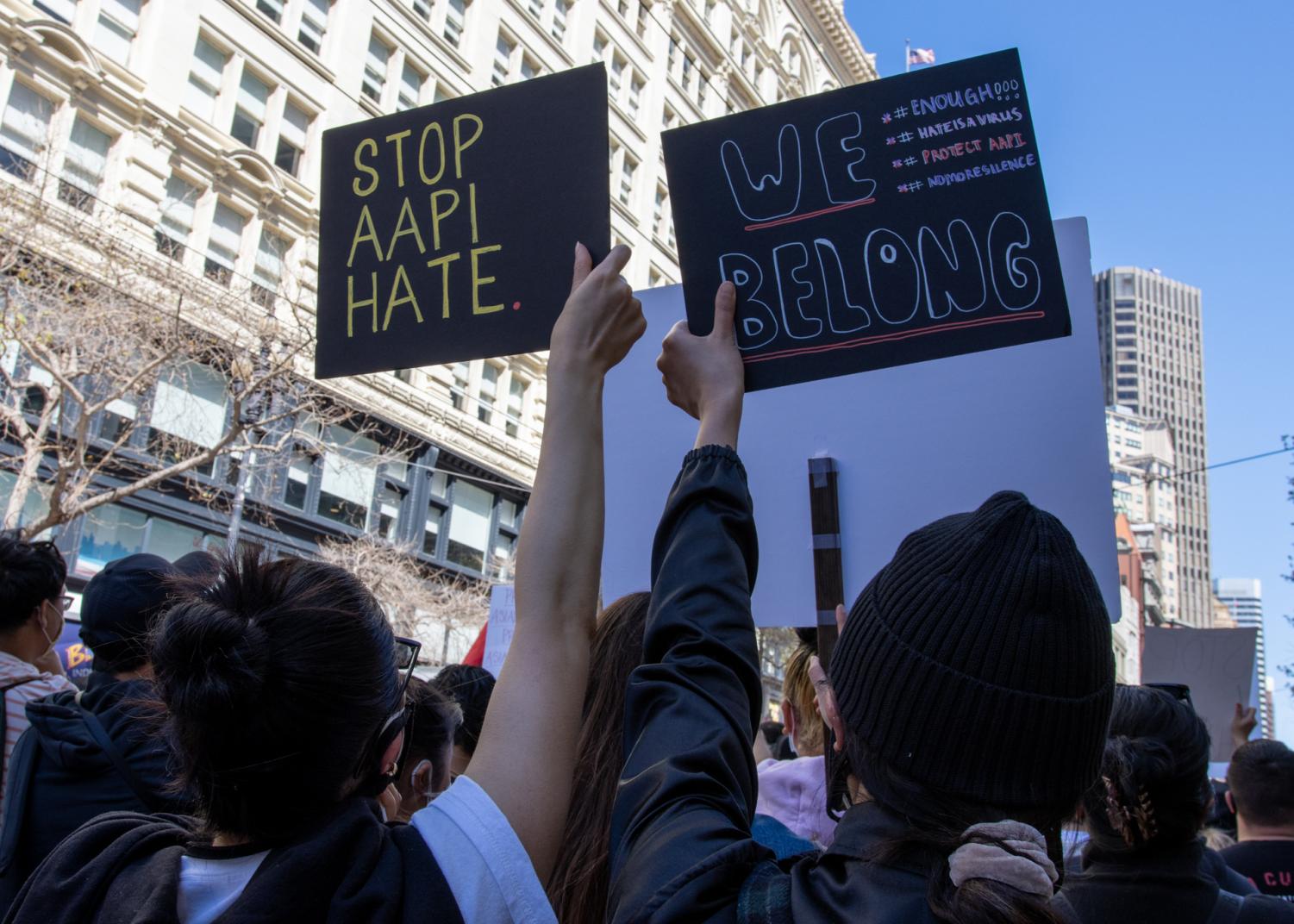 Supporters of the Asian Community marched from Union Square to the Embarcadero at the Rise Up With Asians rally on March 26, 2021. (Amalia Diaz / Golden Gate Xpress) (Amalia Diaz)

Supporters of the Asian Community marched from Union Square to the Embarcadero at the Rise Up With Asians rally on March 26, 2021. (Amalia Diaz / Golden Gate Xpress)

During a recent trend of anti-Asian violence, the California Asian & Pacific Islander Legislative Caucus and its partners are doing their best to help the Asian community

Since the coronavirus outbreak began last year, Asian communities around the United States have experienced more than 4,000 anti-Asian hate crimes. In response, the California Asian & Pacific Islander Legislative Caucus is authoring and supporting a wide array of legislation to protect the AAPI community.  At this stage, San Francisco is bringing back its API Caucus.

The API Legislative Caucus – established in 2001 – represents and advocates for the Asian and Pacific Islander American communities and their interests, including greater representation and participation at all government levels.

“We had a lot of press conferences about it,” Esmarch said about the API Caucus’ response to the ongoing anti-Asian violence. “Some bills have been introduced, we have been going to events and discussing the issue in different forms.”

“We are not part of the API Caucus, but we cooperate some event together,” Lopez said. ”Different events, the most recent ones they just did. Like they participated in some are like our voters event or legislative reception. We haven’t cooperated any event with them directly for anti Asian hate yet. We see in the future.”

Joel Wong, who serves on the national board of advisors of Asian Pacific Islander American Public Affairs(APAPA) and as the San Francisco Bay Area Regional president.

“The legislative caucus is basically the elected offices,” Wong said. “Basically, we encouraged them to take proactive actions against violence against Asians. We were in contact with them all the time. They are the government. We are private. So we don’t work together, per se. We cooperate with each other to make sure that Asians are not being abused.”

John Smith, a native San Francisco resident, said the return of the API Caucus is only the beginning in stopping violence against Asian people.

“It’s a good first step, I think, towards having a conversation about what’s been going on. Obviously, these issues need to be addressed and hopefully they can be more brought about, you know, being inclusive about these issues,” Smith said.

Jennifer Hamamoto is the director of programs of the Japanese Cultural and Community Center of Northern California which is located in San Francisco. She said the caucus has been very supportive of the center’s work.

Hamamoto very much supports and recognizes the series of things API Caucus has done for Asians in California, not just the city of San Francisco.

“Yes, we would be in support of anything to help prevent any further anti-Asian violence,” then Hamamoto expressed JCCCNC’s attitude towards the API legislative caucus: “We’re very satisfied with our state legislators.”