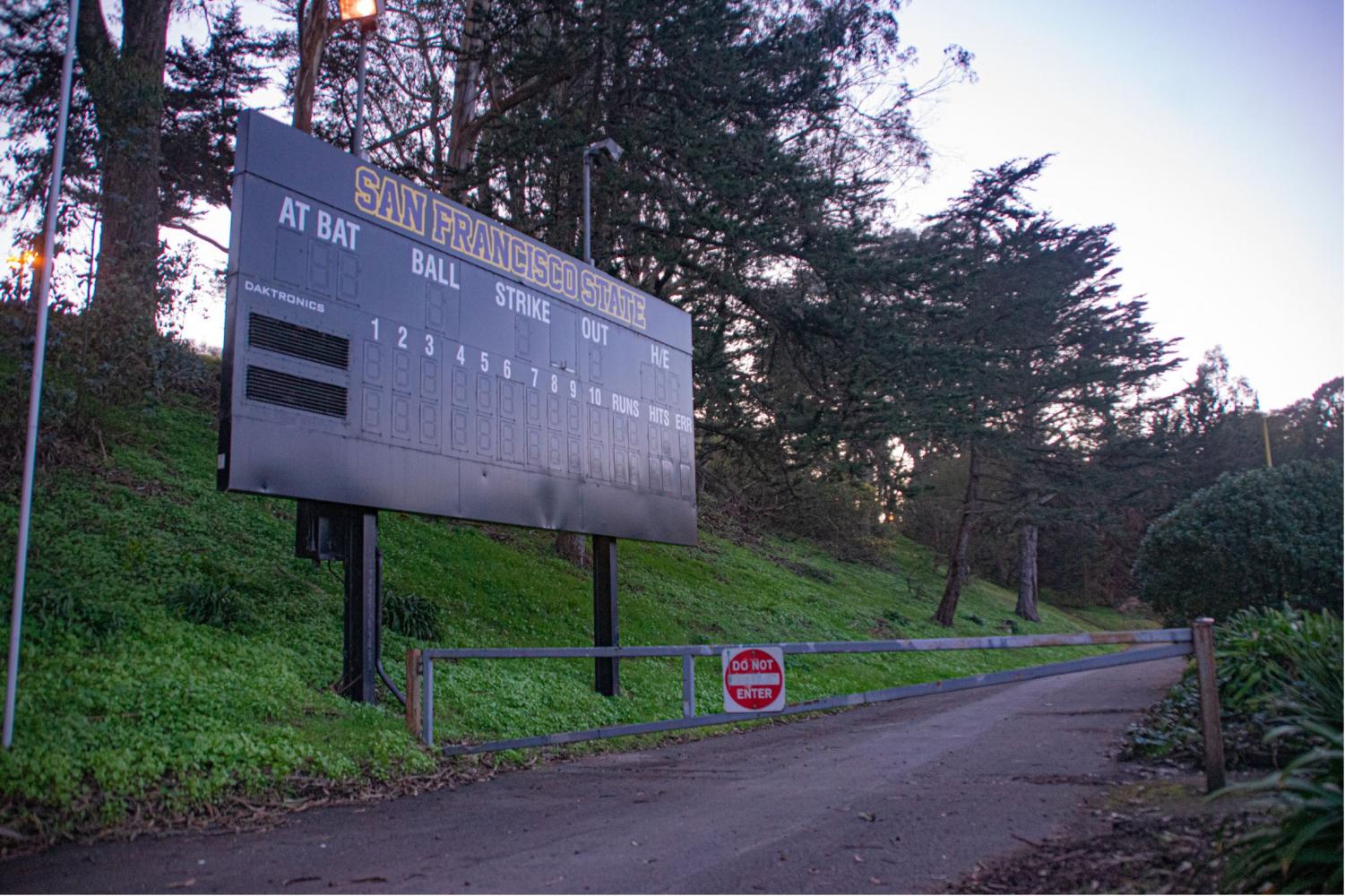 The scoreboard on the Maloney Field at SF State on Feb. 23, 2021. The California Collegiate Athletic Association (CCAA) announced the return of sports for the fall of 2021. (Ricardo Olivares / Golden Gate Xpress) (Ricardo Olivares)

The scoreboard on the Maloney Field at SF State on Feb. 23, 2021. The California Collegiate Athletic Association (CCAA) announced the return of sports for the fall of 2021. (Ricardo Olivares / Golden Gate Xpress)

Fall sports likely to resume at SF State next semester

While plans are still in the works, SF State is edging closer to a return of athletics to campus this fall

As the spring semester nears its end, the reality of students returning to campus next semester comes closer. This also holds true for the return of collegiate athletics, which are on track to return for this upcoming fall season.

The California Collegiate Athletic Association, the conference of teams in which SF State athletics participates in, has not held any organized competition since March 8, 2020. While there are still no guarantees, SF State is anticipating having all fall sports back in action for the fall semester, according to SF State’s senior associate director of athletics, Brandon Davis.

“The idea is that we’ll have everything on a regular schedule this year,” Davis said. “Cross country lends itself very easily because they’re running outdoors. Volleyball is the only indoor sport of the fall, so that’ll present challenges in terms of cleaning. Soccer stadium’s got plenty of space, so we don’t foresee too many issues there.”

The CCAA has been working at the school, county and state level to craft this fall’s schedule and gauge how many teams and sports will get to play.

“We’re kind of inching along,” Davis said. “We’re waiting for some guidance from the conference to see what other schools in the conference are planning to do. Without other teams to play, it makes it difficult.”

As of now, it looks like sports will start up around the dates that they would be scheduled for under normal circumstances. This means that soccer, cross country and volleyball should resume in early September if all goes according to plan.

I’ve learned in the past year you can’t predict anything, but at least we’re planning.”

The practices have been limited or non-existent in the past year’s virtual learning environment, leaving teams to stick with the limited routines. The practice schedule should return to normal along with the season schedule for this upcoming fall season.

“Everything is the same from last year when we stopped having practice — everything went virtual,” said Tom Lyons, cross country head coach. “So staying in touch with athletes over the phone and remotely, we don’t have any personal practice, we’re not allowed to have that.”

The cross country women have missed four seasons, and the men have missed three since competition was halted, according to Lyons. He said the athletes are definitely looking forward to returning after the long wait.

“I’ve learned in the past year you can’t predict anything, but at least we’re planning,” Lyons said.

Head volleyball coach, Matt Hoffman, said that the team hasn’t had any practice sessions but rather Zoom meetings to mentally prepare and deal with the lack of games. Their solo workouts are the extent of the physical activity they have done.

“In terms of volleyball, they’ve been doing whatever they can find wherever they’re living,” Hoffman said. “So we haven’t really talked about volleyball and we just hope they’ve gone out and done some stuff on their own.”

While the inability to compete for the past year and a half was disappointing for athletes and coaches, many have chosen a positive mindset, looking forward to competing again.

“It doesn’t do any good to dwell over something that you’re not getting,” Hoffman said. “Here’s some lemons that we were given, let’s make lemonade out of this as best we can.”

Kaitlyn Tso, a third-year Filipino student and communications major at SF State, realized that the majority of her classes were not led by faculty of ... 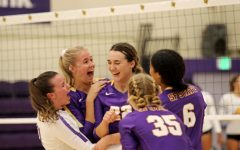 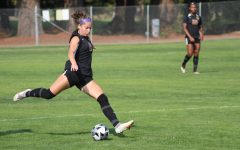 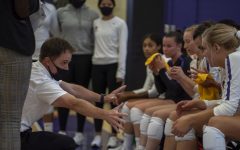