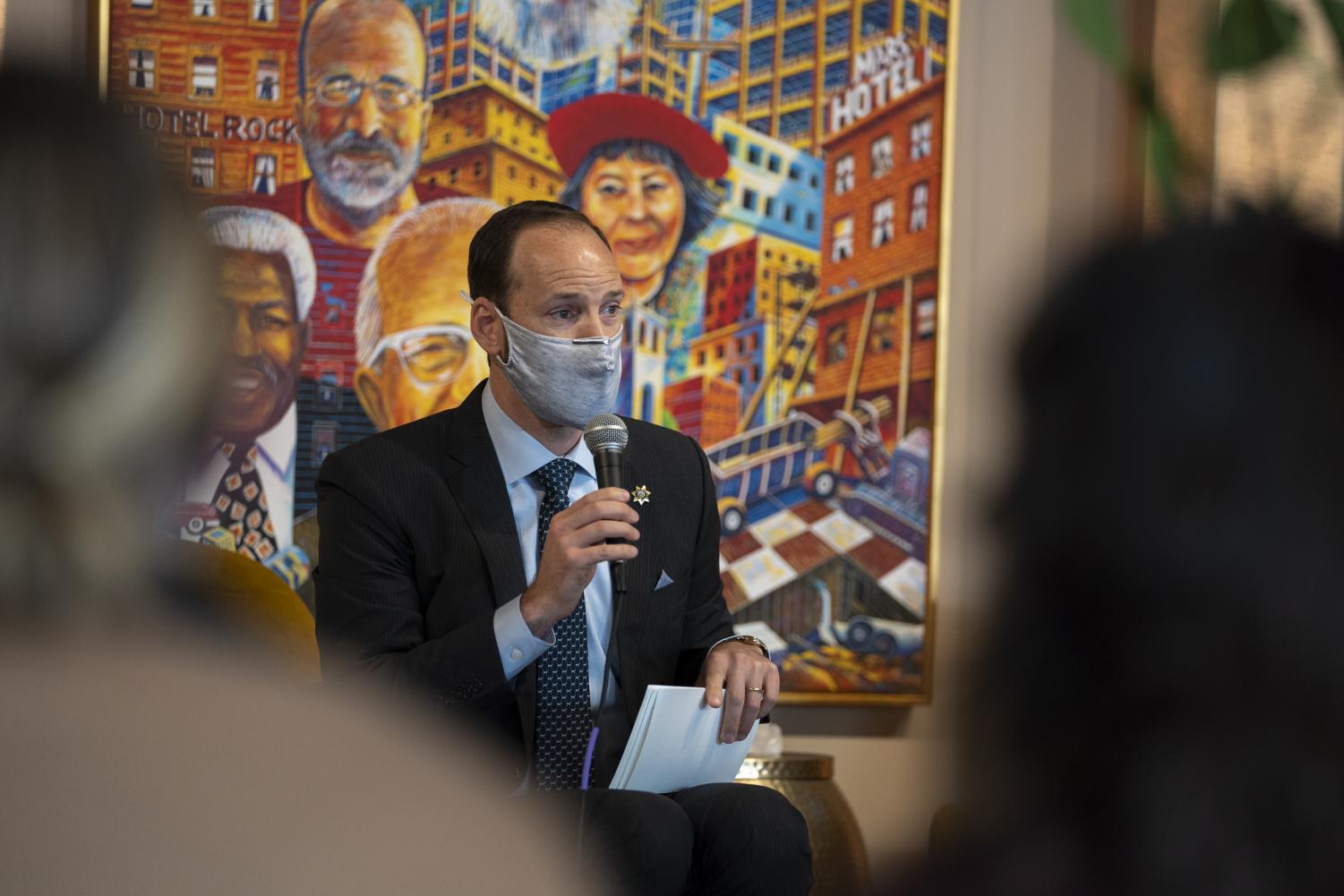 Survivors and experts advocate for empathy in interpersonal violence cases

Hosted by the SFDA Victim Services Division, forum discussions centered on interpersonal violence, why systems in place don’t meet the needs of survivors, and what systems in place can do better for survivors. Panelists included experts, advocates and survivors who spoke about their experiences creating better interventions that center and meet the needs of survivors of interpersonal violence.

This event begins a series of to-be announcements centered on NDVAM which will provide the SFDA an opportunity to hear from first-hand accounts and professionals how the legal system has served survivors. Last month, the SFDA announced a city-wide expansion of services for survivors named the Memorandum of Understanding that also expanded to UPD. Boudin said one of the ways the SFDA gets feedback is at events like these. This way the community and SFDA are exposed to transparency, feedback, criticism and community leaders.

“One of the ways we get feedback is at events like this, and one of the reasons why we hosted this event and invited so many community leaders from San Francisco and from the national stage was precisely because we want the work that we’re doing — and proud of — be exposed to transparency, to feedback and criticism,” Boudin said.

The event included two panels: “Centering Survivors” and “Creating Interventions that Heal,” not Harm. Experts ranged from survivors themselves to advocates and experts currently working in the field of interpersonal violence.

“We were really lucky to have a tremendously diverse array of experts and survivors share their experience, their professional experience, their lived experience, and their vision for how we can better respond to and prevent domestic violence,” Boudin said in an interview with Xpress.

Panelists spoke about numerous topics like advocating for accountability instead of incarceration, fostering empathy for all parties involved, how marginalized communities are treated inadequately by the justice system, and how survivors respond to police interventions. Many panelists noted a lack of empathy or action by first-responders to survivors.

Panelists discussed similar experiences encountered by survivors they’d worked with and highlighted that those in marginalized communities often have more difficulty finding aid. Some said that survivors feel that police responders will not believe them or react inadequately, and feel as if they are often treated as pieces of evidence.

According to a report surveying survivors’ responses to police responses by the National Domestic Violence Hotline, 70% of participants believed police involvement would make things worse. According to the SFDA 2020 victim survey report, domestic violence was the second-most reported crime.

In an interview with Xpress, SFDA’s Deputy Communications Director Sarah Yousuf said that there are countless interpersonal violence incidents that never lead to a police report or arrest, so often reported sample sizes are not accurately representing the full range of incidents.

“That’s part of why we hold these events, because some of the community practitioners may handle cases that never make it to the arrest or prosecution phase,” Yousuf said. “We want to make sure we’re hearing from people and hearing about incidents that are outside of our own experience.”

Dillion acknowledged that oftentimes, survivors are not looking for the same results as law enforcement. They may want accountability that doesn’t end in incarceration, and often need support in other areas, such as housing aid. In her speech, Dillion said that prevention starts with identifying signs of interpersonal violence, and oftentimes, interpersonal violence is not restricted to  physical violence.

“It’s not just about being physically hit, you can actually be sexually assaulted by a partner, you can actually have no financial control of your own money, and that is a form of abuse,” said Dillion. “We have people who are technologically being sought by partners, where people are knowing exactly where they are and threatening them. Education around ‘What is domestic violence’ I think is also key because otherwise we’re just putting band-aids on bullet wounds.”

Yousuf said that the primary goal of the SFDA is to listen to survivors and find out their experience with the criminal legal system and how they were treated by the people they interacted with. Boudin said he recognizes that incarceration does not effectively decrease and understands each case is unique.

“What I encourage my assistant district attorneys to do is really dig in and figure out what kind of interventions are going to be most effective and empowering for survivors at holding accountable those who caused harm in a way that breaks the cycle and prevents future harm,” Boudin said.

The SFDA will announce future events on their website and provide victim services through its advocacy program that provides crisis support services and counselling, referrals to local resources, and emergency assistance. Local organizations that provide further information include the San Francisco Domestic Violence Consortium and the Young Women’s Freedom Center. The National Domestic Violence Hotline number is (800) 799-7233 and also available through chat.