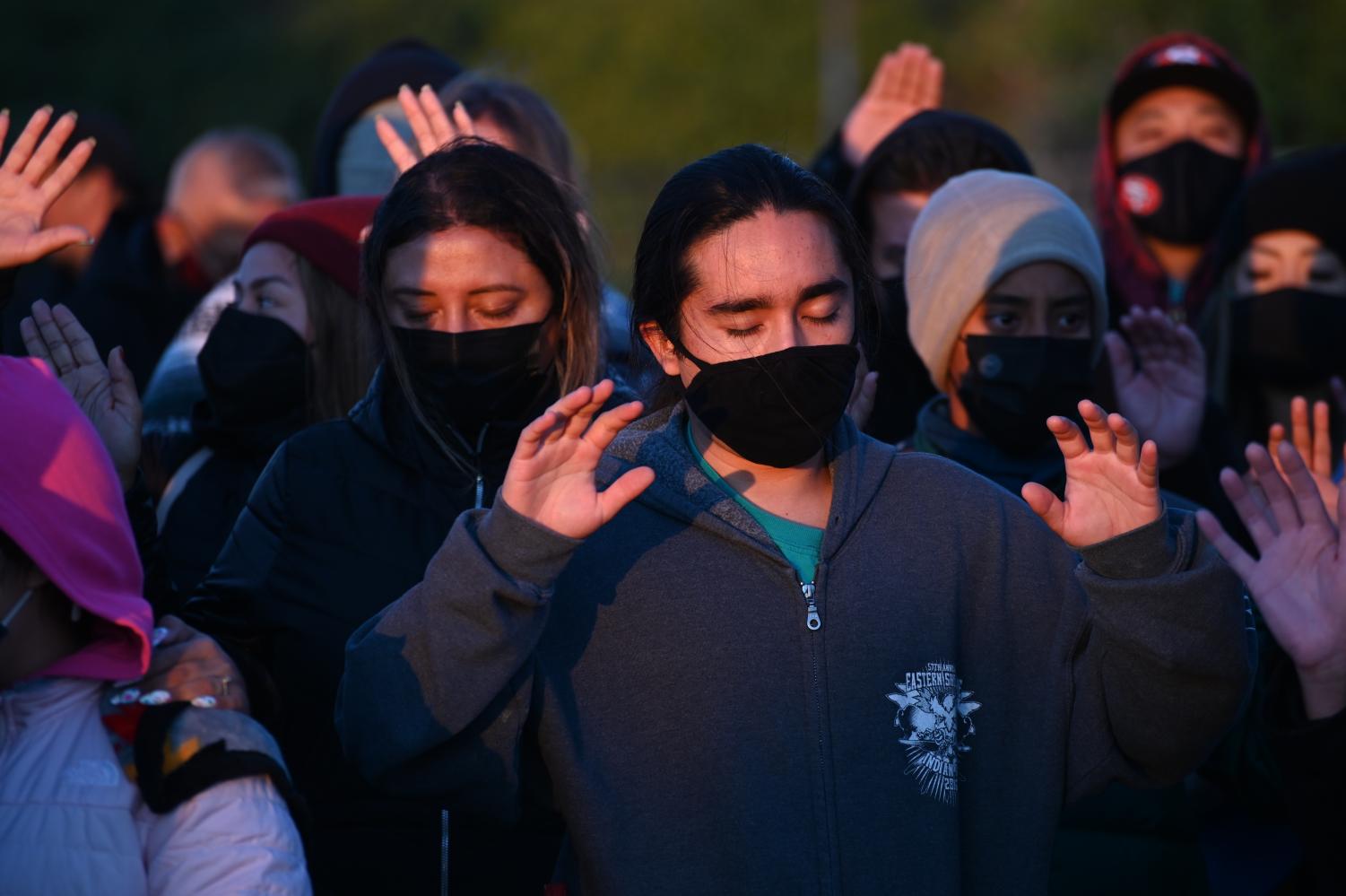 A man raises his hands with others in prayer as the sun rises on Alcatraz Island on Oct. 11, 2021. The prayer was motivated to help bring in healing attributes to those within the gathering, as they spent the early morning reflecting on Indigenous history. (Samantha Laurey / Golden Gate Xpress) (Samantha Laurey)

A man raises his hands with others in prayer as the sun rises on Alcatraz Island on Oct. 11, 2021. The prayer was motivated to help bring in healing attributes to those within the gathering, as they spent the early morning reflecting on Indigenous history. (Samantha Laurey / Golden Gate Xpress)

As the sun rose on Monday morning, hundreds of people traveled from across the state to Pier 33 to a sunrise gathering on Alcatraz Island, to commemorate both Indigenous People’s Day and reflect on the island’s Indigenous history.

The International Indian Treaty Council hosted and organized the sunrise to remember the 1969 to 1971 occupation. “Indians of All Tribes” was the activist group that led in the attempted occupation of Alcatraz Island.

This year marks the first time a U.S. president has ever recognized Indigenous Peoples’ Day. President Joe Biden issued the proclamation on Friday. After being elected president, Biden appointed former Rep. Deb Haaland to the Department of the Interior — the first Native American to hold the position.

“Today, we also acknowledge the painful history of wrongs and atrocities that many European explorers inflicted on Tribal Nations and Indigenous communities. It is a measure of our greatness as a Nation that we do not seek to bury these shameful episodes of our past — that we face them honestly, we bring them to the light, and we do all we can to address them,” Biden wrote in the proclamation.

Between 1964 to 1969, “Indians of All Tribes” had made three attempts to occupy Alcatraz Island, as it was originally Ohlone land before becoming a fort and eventually, a prison.

The leader of the group, Richard Oakes, led about 80 students from the American Indian Studies Center at UCLA to attempt occupying Alcatraz Island and found that prolonged occupation was possible.

The longest occupation period on the island was 19 months, with 400 protesters on the land, and is arguably one of the most crucial acts taken in modern Native American history.

Now, 52 years after those first days of the occupation, the IITC continues to host the sunrise events as a way to remember those involved in the attempted occupation and preserve the gathering of Native peoples.

IITC also organizes a Thanksgiving Sunrise Gathering on the island on Nov. 25, as a way to bring more attention to Indigenous people during the day of Thanksgiving. It is sometimes referred to as Un-Thanksgiving, or unthanksgiving day. 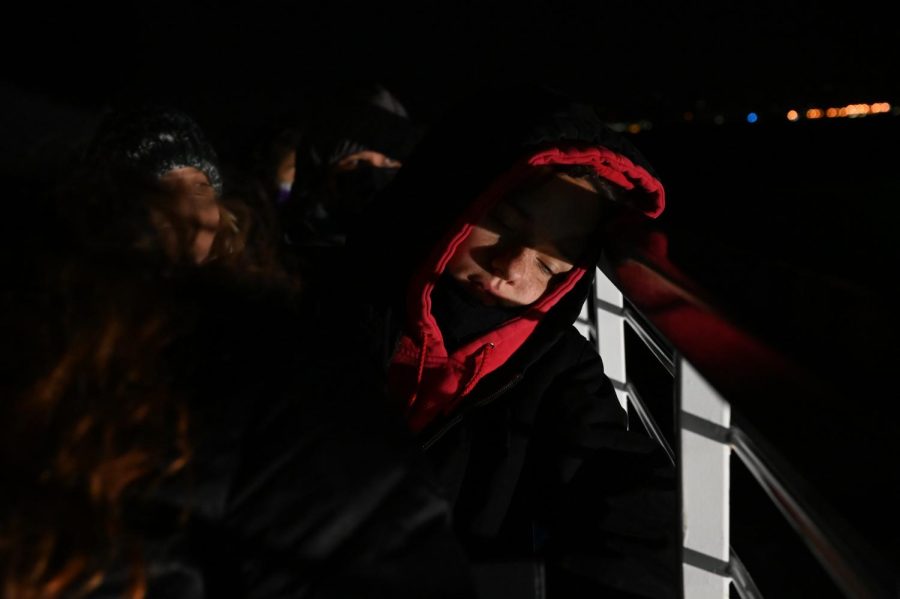 Gallery|8 Photos
Samantha Laurey
A young boy sleeps on the railing on the Alcatraz city cruises boat before it sails to the island for the Indigenous Peoples’ Day Sunrise Gathering on Oct. 11, 2021. Attendees were able to buy their tickets ahead of time for either 5:15 a.m., 5:30 a.m. or 5:45 a.m. (Samantha Laurey / Golden Gate Xpress)
Leave a Comment
About the Contributors