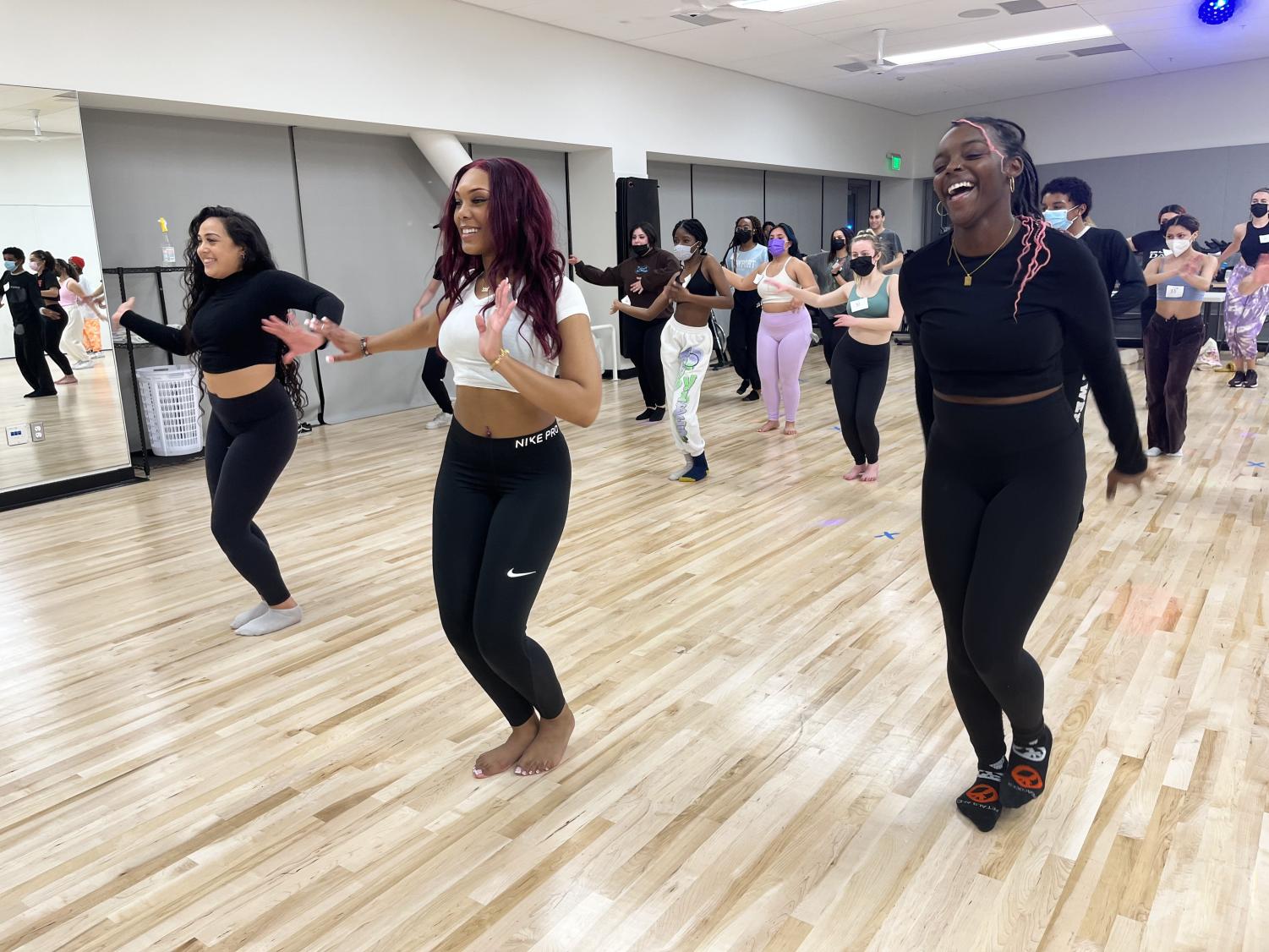 In the Mashouf Wellness Center dance rooms, sounds of eight counts filled the room to inspire 43 dancers on Wednesday evening. They were there to audition for SF State’s new dance team, Dance Elite.

“You have to feel it,” said club secretary Kayla Erickson, while instructing dancers across the floor. “You have to be sexy. Feel it. Or if you don’t want to be sexy, give me your character. Don’t just walk and be like hmm, I need to go off because I am so scared. No. We are all here for a reason, okay?”

Grace Malatse, a third year Psychology student, is the president of Dance Elite. Malatse has been dancing since she was three years old and over time has dabbled in a variety of genres such as ballet, jazz, and tap dancing.

“At first, I hated dance. Nobody wants to go to ballet at four years old, they want to go play.” Malatse laughingly said. “But I ended up loving it.”

After participating in high school dance teams in the past, Malatse felt like something was missing from her college experience.

“What if I just started my own dance team here?” she said.

Malatse formed a group of students to help run the team. She appointed a vice president, secretary, treasurer, safety officer and manager. Once Malatse found her board, they connected with advisor Tarshel Beards, the director of the Black Unity Center on campus.

For Malatse, spreading the word was easy due to usage of the online era. She explained that making fliers on Canva was her life saver to help spread information about the club. She made an Instagram account to post the flier with information about tryouts. In the caption of the photo, she posted a google form to see the levels of interest for her club. Malatse said around 35-40 girls filled it out.

“It is crazy because I got so many submissions,” Malatse said. “There are so many girls on campus that are dancers and I didn’t even know that. I just want to build a community where all girls love to do the same thing.”

44 athletes of all genders showed up to the audition.

Vanessa Ioane, the club’s vice president, was thrilled with the outcome of the audition.

“Everyone came in and showed out and I absolutely loved that,” Ioane said. “From talking about it with my two leaders, to now seeing it happen and grow, was just amazing and heart warming.”

Dance Elite is planning on performing at campus events, community events and competitions against other CSU’s.

Their first event is scheduled to be at the Black Student Union Awards in April.

(Sound of music in the background)

Nicole Buss: In the dance space of the Mashouf Wellness Center -Wednesday evening- 43 student dancers of all genders fill up the space, anxiously waiting to audition for SF State’s new team, Dance Elite.

They stretch their bodies and warm up by dancing across the floor.

Kayla Erickson: Because all of you guys are just like, you know. Make it. Feel it. Have a connection with the song. Don’t just like, oh, I need to run down just to get it over with. You have to feel it. You have to be sexy. Feel it. Or if you don’t want to be sexy, give me your character. Don’t just walk and be like hmm, I need to go off because I am so scared. No. We are all here for a reason, Okay?

Nicole Buss: Grace Malatse, Dance Elite’s president, is off to the corner admiring the dancers as they audition, writing notes about what each dancer might bring to her team.

For Malatse, Dance has always been a part of her life.

At first, I hated it.

Nicole Buss: Malatse is excited about the future of the club. She plans on performing at campus events, community events and competitions against other California State Universities.

But what she is most excited for – is creating a community with the other dancers.

Grace Malatse: My hope is definitely just to build a community because obviously there’s like no dance team on campus. And if they are, it’s like inactive, you know? So, we got this google form and it was basically saying everybody’s dance backgrounds. It was crazy because I got so many submissions. So many girls are on campus are dancers. I didn’t even know that. So, I was like, I just want to build a community where all girls love to do the same thing. You know what I mean?

Nicole Buss: The athletes first event is scheduled to be at the Black Student Union awards in April.

From the Mashouf Wellness Center, this was Nicole Buss with Golden Gate Xpress.