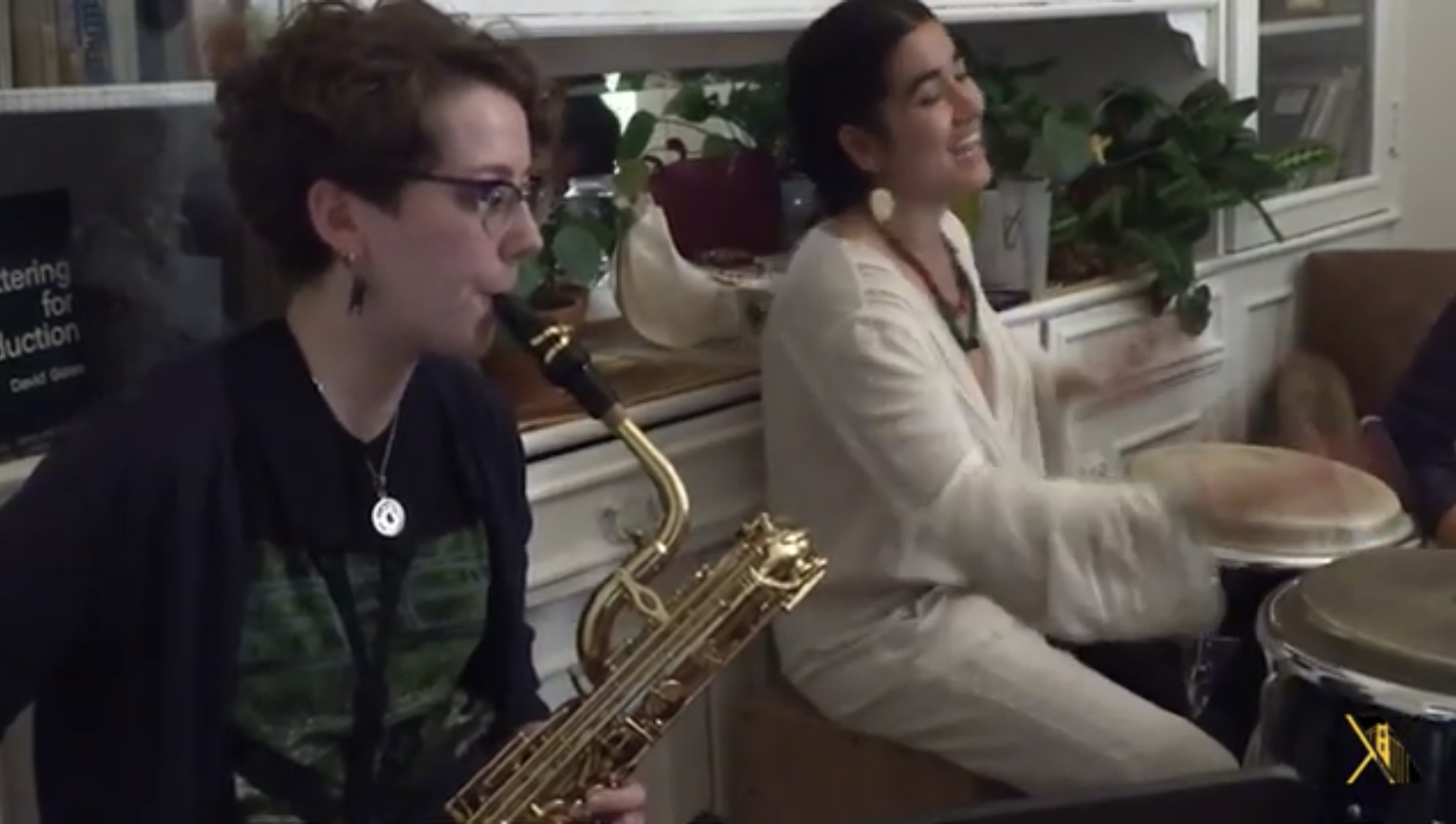 Agua Pura, Máma!: Finding a new voice in something old

SF State musician and percussionist Rebbeca Rose Rodriguez has always been influenced by music legends like Willie Colón and El Gran Combo de Puerto Rico. But these bands with Afro-Cuban influence rarely feature femmes in roles outside of vocals.

“I started thinking to myself, I see all these like big bands… men killing it, tearing it up and I’m just like, I don’t see as much representation on the other spectrum and I can do that,” Rodriguez said.

Rodriguez, a member of SF State’s Afro-Cuban ensemble, set out to lead her own band to highlight underrepresented voices in the salsa genre– a term used to encompass Latin music. Thus,  La Banda Agua Pura was born.

The band consists of SF State students, friends and even strangers that Rodriguez personally scouted from different musical backgrounds. The band plays mergenue, cumbia, son and many other genres in the Latin music spectrum. The musicians assembled to create something new: salsa music made by femmes for femmes.

La Banda Agua Pura plays weekly every Tuesday at the Radio Habana Social Clubat 7:30 p.m. and will play at the Madrone Art Bar on April 20 at 9:30 p.m.