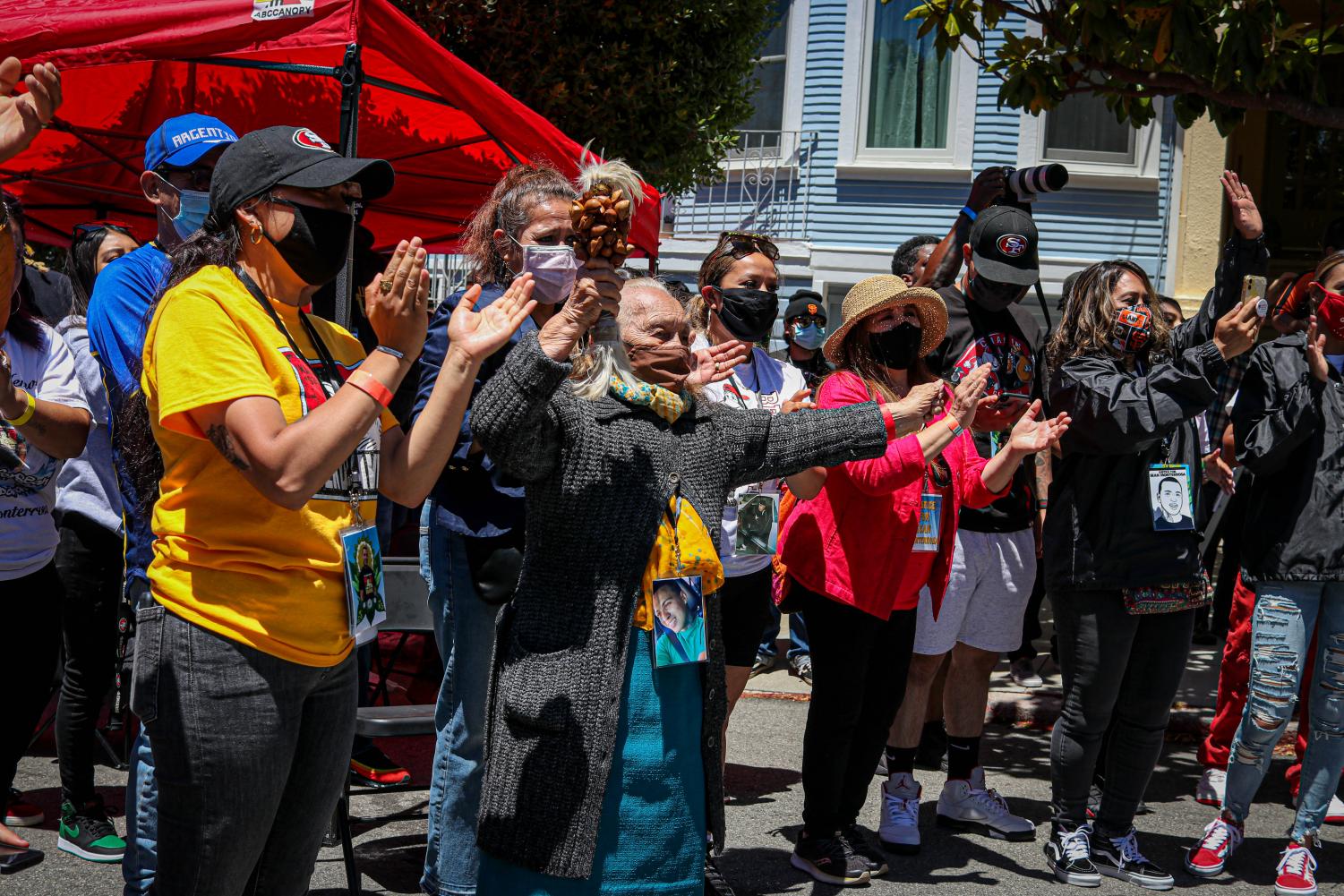 A series of VPD bodycam footage and internal and external closed-circuit TV footage from Walmart Inc. was released on Friday. The footage revealed what happened before and after Tonn shot Monterrosa, depicting highly-graphic visuals of his fatal wounds. An officer can be seen handcuffing a lifeless Monterrosa before performing CPR on him.

The department said in a statement on July 3 that the officer found Monterrosa “crouching down in a half-kneeling position as if in preparation to shoot, and moving his hands toward his waist area near what appeared to be the butt of a handgun.”

In a bodycam video released two weeks ago, Tonn can be heard saying, “This is not what I needed tonight,” after realizing that they mistook the hammer for the butt of a handgun. Another officer could be heard consoling Tonn saying, “you’ve been through this before.”

According to Monterrosa’s sister, Michelle Monterrosa, Tonn was sitting in the back seat of a police vehicle when he fired multiple shots through the windshield. One of the shots hit Monterrosa’s head through his neck. His sister alleges that her brother bled out further as the officers performed CPR on Monterrosa after shooting him.

“They were doing CPR, you know. A shot through the neck and the head- you don’t need CPR. You need to fucking hold the wound so you don’t get so much blood out,” Michelle Monterrosa said at “Tucan(s) Day,” a public event held to honor her brother.

“This is shocking and very disappointing. We have a high ranking officer destroying evidence in our brother’s case. The windshield of the car were items that our lawyers wanted to see and to determine what our brother was doing and what officer Jarrett Tonn saw Sean doing at the time he shot and killed him,” the Instagram caption read.

The City of Vallejo said in a July 15 statement that “the windshield from the Vallejo Police vehicle involved in the June 2nd Officer Involved Shooting of Sean Monterrosa has been destroyed, and the vehicle has since been placed back into service without prior consultation with the Police Chief or City Attorney’s Office.”

The city has since requested that the destruction of evidence also be part of the criminal investigation and has stayed in contact with the FBI.

The July 15 statement concluded by stating that the “public will be notified as further details become available”.

As of July 25 the city of Vallejo has not issued additional information.