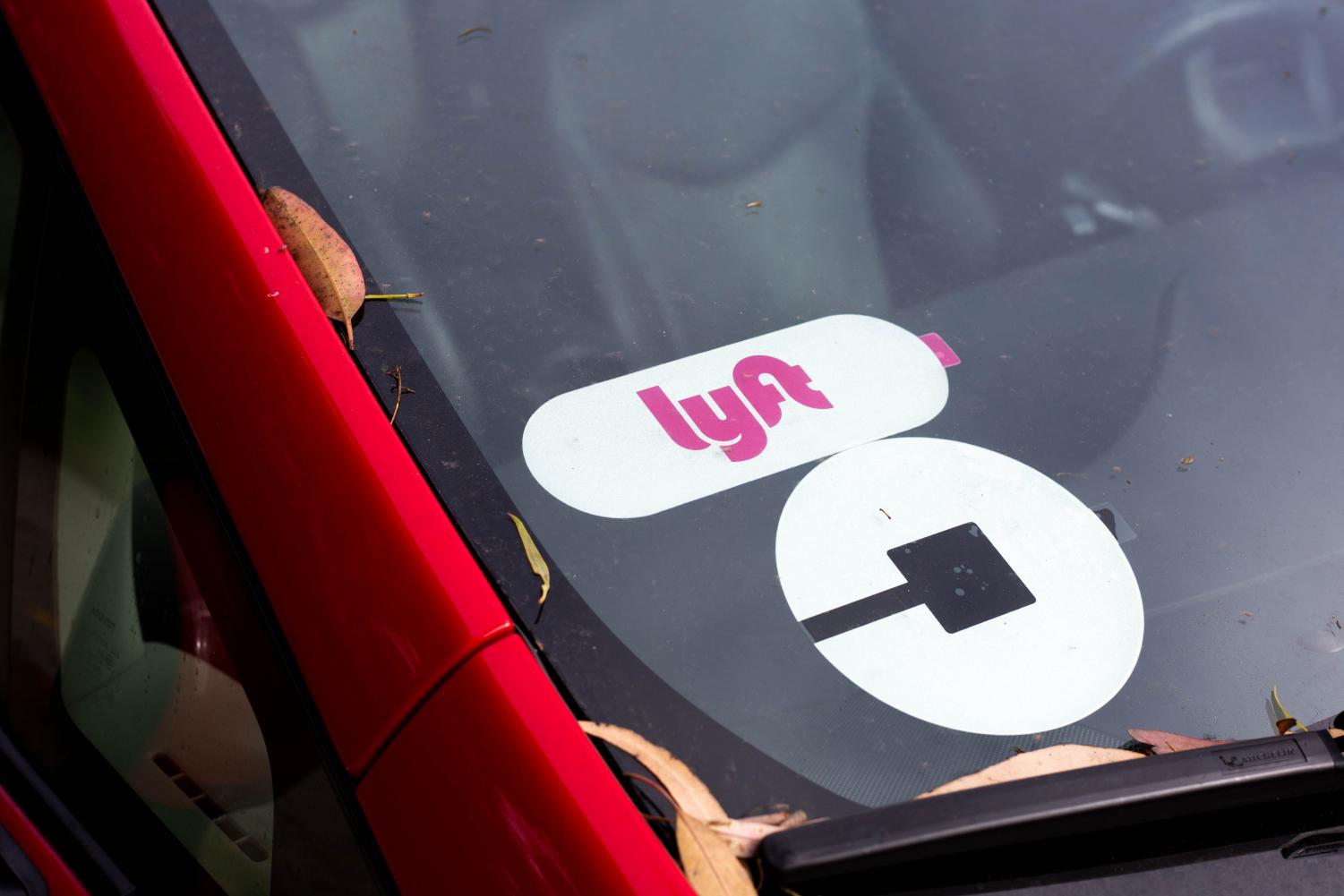 Uber and Lyft spent a combined total of roughly $100 million promoting a ‘Yes’ vote on Proposition 22 – the most expensive ballot race in any state’s history. The ballot measure allows app-based gig companies to classify their workers as employees rather than independent contractors. (Sean Reyes / Golden Gate Xpress) (Sean Reyes)

Uber and Lyft spent a combined total of roughly $100 million promoting a ‘Yes’ vote on Proposition 22 – the most expensive ballot race in any state’s history. The ballot measure allows app-based gig companies to classify their workers as employees rather than independent contractors. (Sean Reyes / Golden Gate Xpress)

Litigations are on the horizon against large tech companies in 2021 with a democratic majority in Congress and the White House.

Breaking up monopolies in order to promote more competitive markets would be the goal. Smaller businesses continue to get overlooked and suffer financial setbacks as tech companies continue to thrive.

“Anything to stop the creation of monopolies,” said Edward Hatter, executive director at Potrero Hill Neighborhood House regarding government action on this issue. “I know they (U.S. Government) want to get more control over the operation of these big companies. They seem to be dictating to the government instead of the other way around.”

Parler recently alleged that Amazon used monopoly power in an attempt to shut them down after the FBI reviewed their role in the Capitol attack. Over 30 state attorneys general filed suits against Google regarding anti-competitive search and search advertising practices.

Social networking markets are being investigated by the Subcommittee on Antitrust, Commercial and Administrative Law along with online search and advertising, which were discovered to be dominated by one or two firms. Dominant platforms invested a high volume of acquisitions including hundreds of companies in the last ten years. The objective was to either neutralize a competitive threat or to simply shut it down which is categorized as “killer acquisitions.”

According to European Digital Rights, the large tech companies have gained extraordinary power by limiting their competition and buying them out. They typically acquire their competitors which offer an alternative to their consumer base.

“The big kind of player in our industry was Uber and Lyft, that overnight dropped our revenue from $400,000 a year to closer to $310,000 overnight,” Woods said. “We’ve never really recovered.”

Californians voted to pass Proposition 22 in November, a measure to exempt companies such as Uber and Lyft to classify their workers as employees rather than independent contractors. Meanwhile, transportation businesses such as limousine companies will not be able to offer the benefits as Uber and Lyft that were included in the proposition.

“Unfortunately, with the prop that passed in favor of the Uber drivers, we were hoping that it would be a time that we could gain our market share back,” Woods said. “Because Uber and Lyft paid so much money to get the vote out in favor of the proposition. I strongly feel that these big companies have way too much power. They can gobble up any competitor.”

According to a survey by Platform Perceptions published by Consumer Reports, a major portion of e-commerce goes through Amazon. More than 70% of internet traffic is driven through sites that Facebook or Google either owns or operates.

In another survey conducted by Platform Perceptions, 79% of Americans believe mergers and acquisitions purchased by large platforms are unfair because they limit consumer choice and undermine their competition.

President Joe Biden has made it known that he is behind the effort to break up the tech giants. The leading tech companies in our country are expected to face similar investigation under his administration and a democratic Congress as they did under former President Donald Trump. However, it is to be seen whether he will take action since employees at companies such as Alphabet, Amazon, Facebook, Apple and Microsoft contributed a combined $12.3 million to Biden’s campaign during the 2020 election.

Democratic lawmakers want Congress to step in and help break up big tech companies. Intensifying scrutiny has emerged over the years regarding hate speech, consumer privacy and issues over competition.

Whether or not the proposal to break up large tech companies would be popular amongst voters could possibly be determined by one’s political standpoint.

“I think it depends on where they get their media information. Our country is now unfortunately in a situation where people will go to misinformation. We can’t even agree on facts and disagree on policy anymore. We’re disagreeing on facts now,” said David Goldman, member of the leadership team at Brownie Mary Democratic Club.

It is yet to be known if more action will be taken against these tech companies now that we have a democratic majority in congress and the White House. Preventing the creation of monopolies would entitle an extraordinary amount of effort and litigation. The republicans in the Senate would really have to push forward and the democrats would likely fall behind.

Given tech companies’ seemingly limitless number of legal resources and the mountains of documents that would have to be gone through, it is tough to judge how successful prosecutors could be.