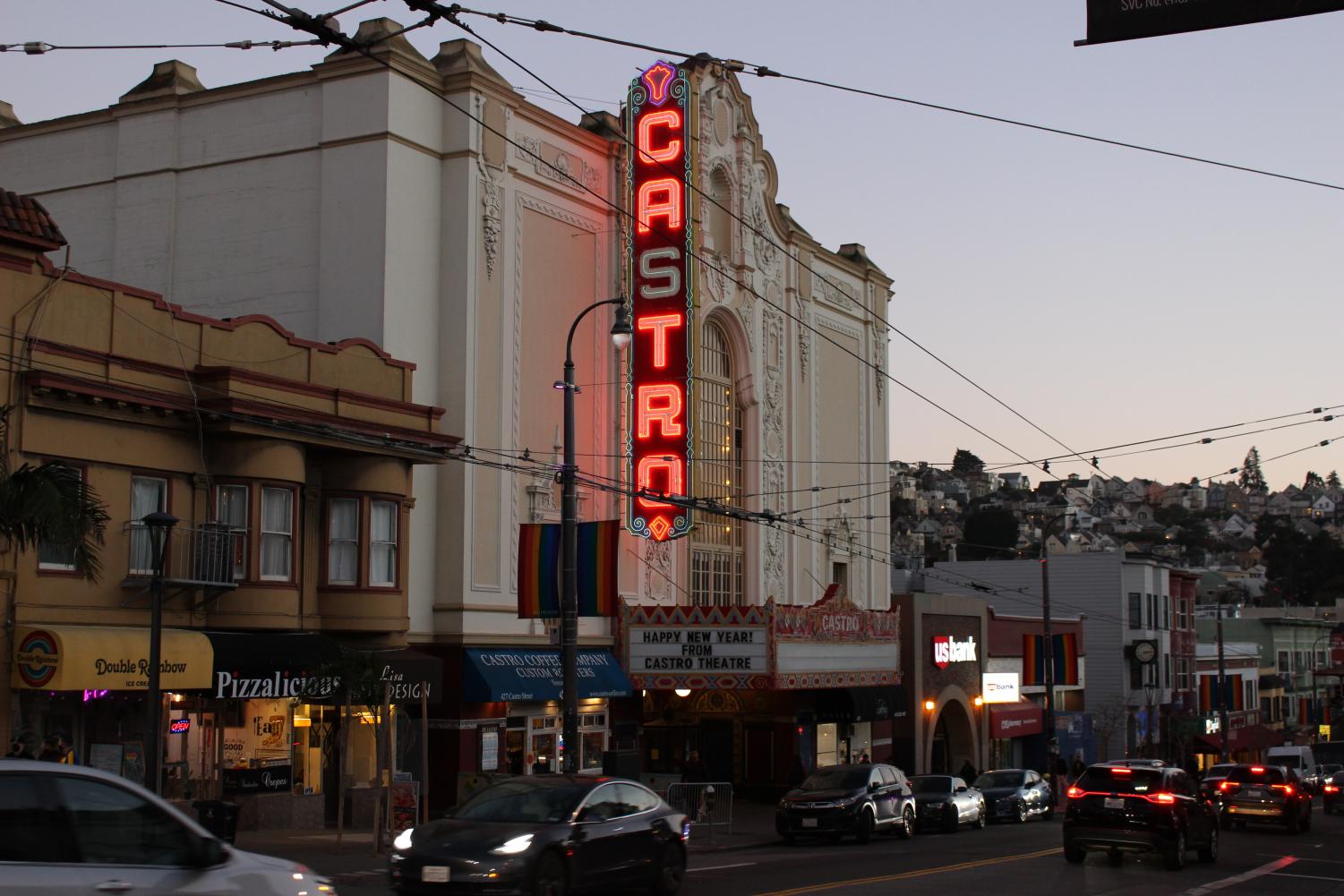 As the sun goes down on Jan. 25, the Castro Theatre neon sign begins to light up. Another Planet Entertainment announced on Jan. 19 that it plans to take over operations from the Castro Theatre, turning it into a live event venue. (Paris Galarza / Golden Gate Xpress)

The Castro LGBTQ+ Cultural District is currently studying and collecting data about the Castro neighborhood and the loss of its original community, LGBTQ+ people.

Another Planet Entertainment took over the Castro Theater on Jan. 19, facing backlash from neighbors for no longer keeping the theater’s tradition. This is another iconic LGBTQ+ landmark to leave the hands of the community, following the loss of Esta Noche and The Stud.

While the Nasser family, owners of the Castro Theatre, haven’t technically sold the theater, the potential change of it solely being live events takes away from the tradition that the theater has held for decades.

The theater has been a historic part of the neighborhood, serving as a hub for social life in the Castro. It’s known for hosting film festivals and year-round LGBTQ+ focused events. The Gay Men’s Chorus has preformed at the theater numerous times. According to Another Planet, the takeover is meant to revitalize the theater.

Jen Reck, professor for the Department of Sociology and Sexuality Studies at SF State, works with the Castro Cultural District on a participatory action research project. She is a member of the Land Use Committee that studies changes like the Castro Theatre takeover and its effects on the neighborhood.

“When things are going on at the Castro Theatre, it brings in people,” Reck said. “That foot traffic helps the businesses to thrive in the neighborhood.”

The Castro Cultural District is one of eight cultural districts in San Francisco. The Board of Supervisors appointed these districts through legislation in the hope to preserve and promote cultural history in neighborhoods that have experienced gentrification.

“We are what makes San Francisco special,” said Tina Aguirre, manager for the Castro Cultural District.

Aguirre said that they have lived in the Castro since 1987 and have noticed that there are fewer LGBTQ+ folks today. They said there used to be more artists and people of color.

Reck explained that gentrification has been ongoing in the Castro since the ’90s, when housing prices rose, causing many LGBTQ+ people to leave the neighborhood. Many died during the AIDS epidemic, causing these previously rent-controlled vacancies to enter the market at an increased price.

“Since the ’90s, a lot more heterosexuals have moved into the neighborhood,” Reck said. She also added that the Castro has experienced something she calls “straight gentrification.”

According to Aguirre, apartments that used to house four to six LGBTQ+ working class people have now been bought and may only have two people living in them, causing a loss in the community.

Alejandro Barrientos and Hanelye Mazariegos are SF State graduates that interned at the Castro Cultural District last semester. They conducted surveys to find out how many businesses people in the LGBTQ+ community run themselves.

Barrientos said he asked the businesses if they were queer-owned and had queer staff. They also asked if there were women and people of color employed.

Last week, Aguirre met with the Office of Economic Workforce Development, a meeting that District 8 Supervisor Rafael Mandelman called. The discussion surrounded retail vacancies and Aguirre presented the data Barrientos and Mazariegos collected with them.

“If we want to preserve and promote LGBTQ+ culture, then that number needs to be strongly considered with any major funding initiatives that address vacancies in the Castro,” Aguirre said. 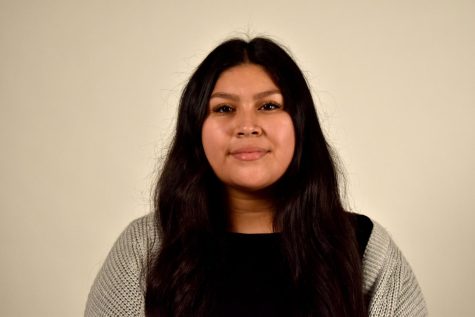