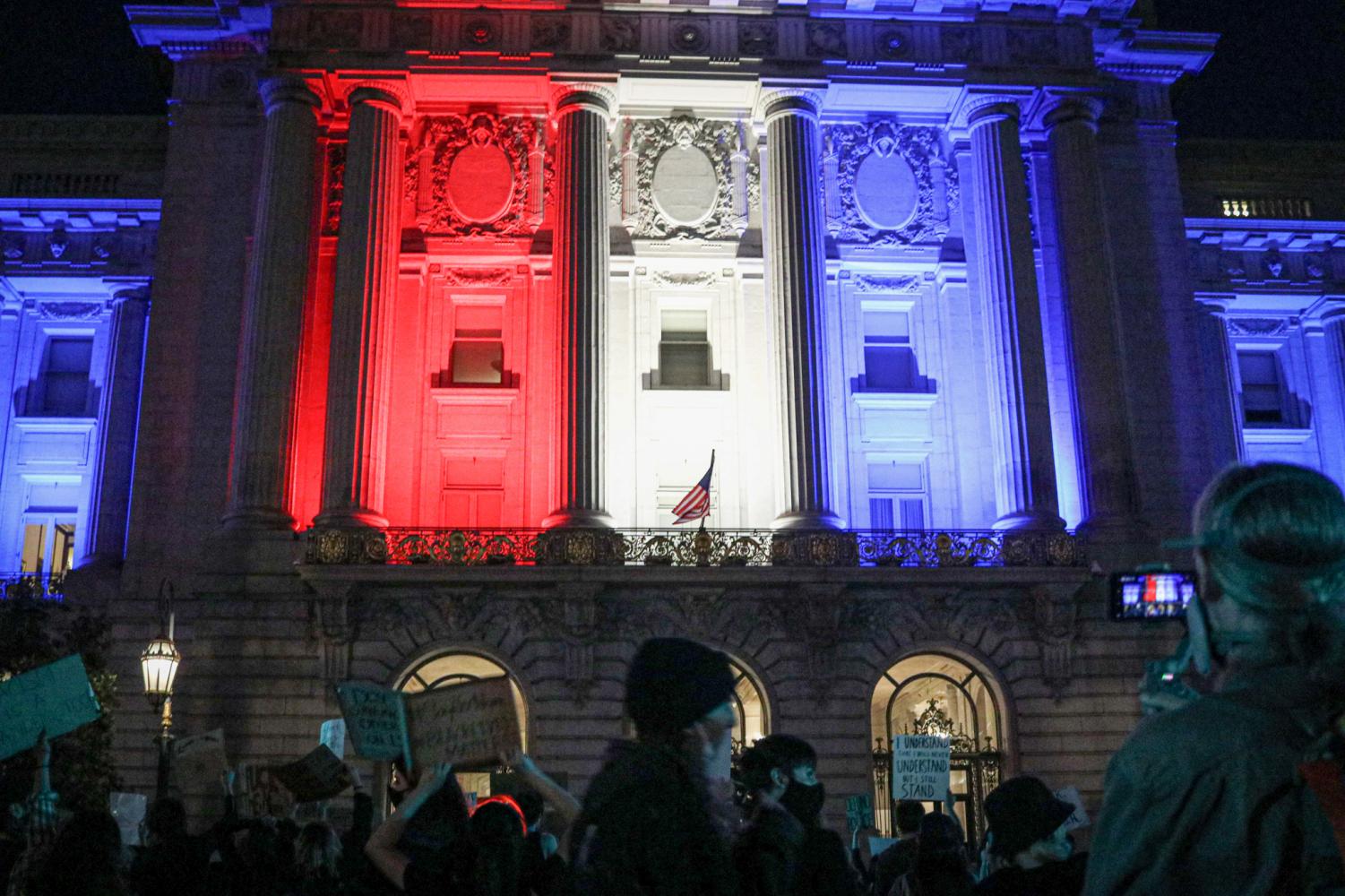 Reflections on July Fourth in a time of upheaval

The Fourth of July is a day typically associated with barbecues, family gatherings and fireworks. However, in light of the protests held in response to the death of George Floyd, the traditional day of celebration in America is beginning to mean something else for Americans who are Black, Indigenous and people of color.

For many people of color, the holiday is a reminder of past and current impacts of colonization and enslavement. This recollection led some people to protest, raise awareness and reinvigorate the fight against America’s systemic racism.

Nadia Brooks, a public affairs major at UCLA, said that in order for people of color to feel part of the freedom that is ordinarily celebrated on this day, their voices and stories must be amplified and their needs recognized.

“I will never feel free [on] the Fourth of July because my ancestors were still enslaved, my Choctaw ancestors faced the Trail of Tears after, and we still have schools named after murderers like John C. Fremont, who was praised for the California Native genocide,” Brooks said.

The same day in Martinez, California, footage surfaced of a couple attempting to paint over the “Black Lives Matter” street mural, while alleging racism and oppression do not exist, in a now-viral video on YouTube.

Another incident occurred in Bloomington, Indiana on the Fourth of July, when a Black man by the name Vauhxx Booker reported threats of an attempted lynching at a lake in a partly-recorded video via Facebook, which initiated a current FBI investigation.

“I tussled with the two and another one joined in, then two more. The five were able to easily overwhelm me and got me to the ground and dragged me, pinning my body against a tree as they began pounding on my head and ripped off some of my hair, with several of them still on top of my body holding me down,” Booker said in his Facebook post recounting the events.

On Independence Day, the mural vandalism and the violence experienced by Booker act as catalysts of change in the perception of the long-standing holiday, as well as the reasoning behind protests similar to the one held by No Justice No Peace SF.

“People treat the legacy of our founding fathers as a beautiful one and get uncomfortable when discussions around their participation in slavery and the genocide of Indigenous people [arise],” Brooks said. “There would be no independence, Constitution, patriotism, wealth, or home without the original peoples of this land and the unfortunate slave labor of African folks brought here to Turtle Island.”

“I would say that he is definitely showing himself to be disrespectful of Indigenous people and that he also is disrespectful of his own base because he gathered people during a pandemic and told them to not wear masks,” Pili said.

Data by Pew Research Center collected since the boom of protests and marches, which erupted across the U.S. in early June, revealed that nearly half of American adults think that President Donald Trump had made the race reactions in America worse.

Similar to the Trump event at Mount Rushmore, other Fourth of July gatherings and celebrations failed to exercise social-distancing guidelines in response to the COVID-19 pandemic. According to the National Bureau of Economic Research, there is “no evidence that urban protests reignited COVID-19 case growth during the more than three weeks following protest onset.”

While the dangers of COVID-19 remain present with cases spiking in both the state and country, for recent college graduate and Oakland resident Michael Houston, the fight for freedom and equity outweigh the risks of the virus.

“Black people have been living with the pandemic of white supremacy for centuries now in this country,” Houston said. “COVID-19 … while it is a risk to be out, the risk is even greater to not stand for justice.”

“A lot of the demands that people have been asking for include reparations for Black and Brown communities who have been disproportionately impacted by health concerns; as well as food deserts; as well as police violence; as well as lack of education,” Pili said.

In a Penn State study on how Americans show patriotism, most of the responses included having some degree of love for the country and demonstrating respect for defining symbols, such as the Constitution. Some also thought that patriotism involves more than just feelings– that patriotism also requires action.

“You know, we only learn about Black history in February. And as if Black history started with slavery, that’s a huge problem,” Houston said. “So [Juneteenth] is what we need to just incorporate and include everybody properly– not just one month– and even Juneteenth during the day. I mean, just from one day, you know, it’s more than that, Black history should be taught in schools all year round.

Young, college graduates, similar to Houston, who have been on the front lines of the ongoing protests, do not have the same connection with pride for this country. In light of the protests calling for racial equity and dismantling systemic racism, the idea of Juneteenth becoming a national holiday continues to circulate. This year, SF State students celebrated Juneteenth by hosting a fundraiser with all proceeds donated to the Bay Area Freedom Fund and Black Trans Femmes in The Arts.

“We were never a part of the American freedom,” Brooks said. “We are creating our own sense of freedom – not one that is aligned with celebrating the freedom of the white man from Britain, but celebrating our freedom from that same white man as slaves; victims of genocide; of sex trafficking; of conversion therapy; of horrible labor laws; of ICE separating parents from children; of being seen in the American eagle’s eye as less than human.” 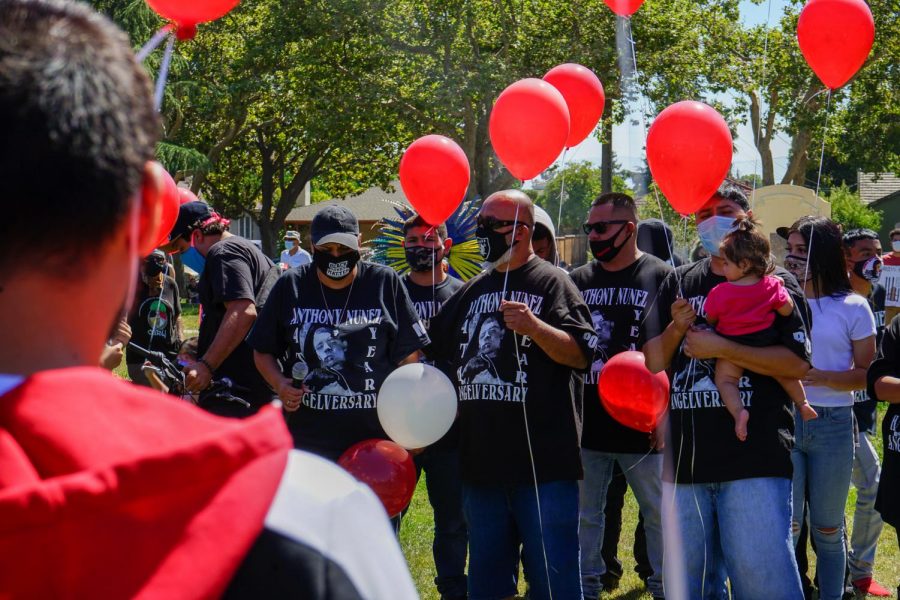